What does BDE mean?

BDE is an acronym. We all pretty much know what it stands for …

But, to spell it out BDE means big dick energy. It’s typically used to refer to (mostly cisgender) men, although not always. It can also be used to describe a woman. The connotation is largely positive.

Where does BDE come from? 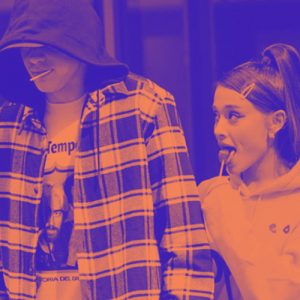 BDE stands for big dick energy, and together with the longer phrase, it started taking the internet by storm in June 2018.

Just who said it first isn’t completely clear, although a search of Twitter indicates big dick energy may owe its beginnings to fans mourning celebrity chef Anthony Bourdain. The phrase was quickly shortened to BDE for the sake of using fewer characters on social media (and perhaps because the word dick is still not entirely accepted in social settings … thank heavens for euphemisms).

Although it’s clear what BDE is short for, the actual meaning of big dick energy is open to interpretation. The dick, clearly, refers to the penis, and it’s typically used to refer to (mostly cisgender) men, although not always. It can also be used to describe a woman. The connotation is largely positive.

A short list of folks who the internet has decreed have BDE include:

The phrase took on a life of its own after singer Ariana Grande made a (since deleted) reference to then-fiance Pete Davidson’s penis, prompting a fan to declare Davidson had big dick energy or BDE.

So, how should you use BDE? That’s up to you. Do you think someone is awesomesauce but worry that word is so 2000-and-late? Maybe you should say they have BDE. Then again, maybe not.

This is not meant to be a formal definition of BDE like most terms we define on Dictionary.com, but is rather an informal word summary that hopefully touches upon the key aspects of the meaning and usage of BDE that will help our users expand their word mastery.