Everything After Z by Dictionary.com
Previous Word CFMN
Next Word CTFO

What does CTE mean?

CTE stands for chronic traumatic encephalopathy, a degenerative brain disease caused by repeated trauma to the head. The disease is especially prevalent among military veterans and professional athletes like American football players. 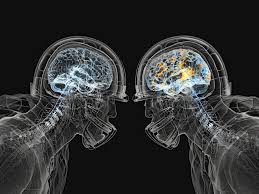 Where does CTE come from? 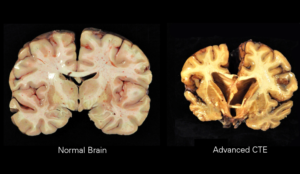 The first description of CTE was by Dr. Harrison Martland in 1928, who described boxers as having punch-drunk syndrome. While researchers would discover instances of similar behavior (tremors, speech hesitancy, mental slowness, muscular issues) in boxers and other brain trauma victims over the next 75 years, they didn’t confirm exactly what the cause was in most cases. 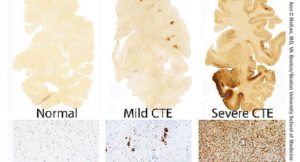 Over the next several years, the NFL by and large tried to discredit Dr. Omalu’s work. Dr. Omalu went on, however, to study additional football players and attract other medical experts to assist him in his research. The discovery of CTE and Dr. Omalu’s story were portrayed in the 2015 film Concussion, which further spread awareness of CTE to a wider audience.

By the late 2010s, CTE research and awareness had advanced to the point that it had massive effects on football and athletics in general. The NFL was involved in a number of concussion-related lawsuits and took strides to improve their policies and image, including donating millions to brain research.

Some active and former NFL players began to discourage parents from allowing children to participate in full-tackle football, and the NFL altered the rules to disallow any player who suffered a concussion during play to immediately reenter the game. By 2016, MMA fighters and professional wrestlers were also being diagnosed with CTE—and pursuing lawsuits against their professional organizations.

CTE has rocked the world of sports since it has gained national attention in the 2000s. Public concerns for player safety has lead to many people taking issue with big hits that used to be the main allure of watching contact sports. The acronym CTE is frequently used by doctors, journalists, athletes, lawyers, sports organizations, and public health and policy experts.

“It is clear, & has been for many decades, that @NHL hockey players face an increased risk of long-term neurodegenerative diseases such as #CTE because of the head trauma they experience in the NHL,” Dr. Cantu wrote in the Feb. 6, 2018, declaration ⁦. https://t.co/q91EeklQIZ

These men are really objects to y’all. These are the type of hits that give players CTE and lifelong damage that affects the way their ability to live their lives normally after they’re done getting demolished on television for your entertainment. But, go off. https://t.co/DdaP5moOnS

Please listen to @jonlovett and @danpfeiffer talk to @MarkLeibovich about the NFL in the current social moment that we live in. The evidence about traumatic brain injury and CTE is overwhelming. Will it take a player dying on the field for America to abandon the sport? pic.twitter.com/OAjkvg1Mug

This is not meant to be a formal definition of CTE like most terms we define on Dictionary.com, but is rather an informal word summary that hopefully touches upon the key aspects of the meaning and usage of CTE that will help our users expand their word mastery.