What does FSE mean?

We’re pretty sure you’re not here to learn about the FSE of Fast Software Encryption, Football Supporters Europe, or Feline Snuggle Enjoyment. OK, we just made that last one up. FSE is an internet initialism that stands for funniest shit ever.

Where does FSE come from? 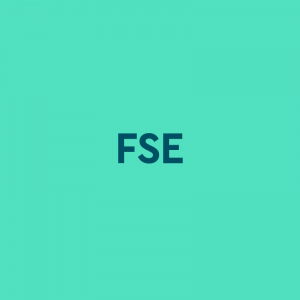 Funniest shit ever has long been an expression of amusement, including online since at least the 1990s. Shit, here, is slang for any old thing, here the object of humor. The hyperbolic adverb ever serves to intensify the level of entertainment—as does the superlative funniest.

By the 2010s, funniest shit ever had earned its acronym (or more technically, initialism) form, FSE. It appears on Twitter by 2010 and was entered on Urban Dictionary by 2013.

Y tf didnt anybody tell me about the show Shameless #fse been binge watchin
@SopranoDaGreat, October 8, 2018
Isaiah’s mom is a beast when it comes to cooking my ass gained like 10 pounds eating all her food 😭 made me some lechon, bistec encebollado, P.R rice, carne guisada man you name it 😩💕 she tried feeding me like 100 times a day like giiirrrrlll fse
@amaliaigartua, October 11, 2018
people forgetting to turn off their mic is the FSE
@https_luisss, August 26, 2020
SEE MORE EXAMPLES

FSE is common on social media. It is often simply used as shorthand for funniest shit ever.

KANYE SCREAMING MANO IS THE FSE

Fse. You gotta hide the pain ya know

If you want to help others find your funny shit, you can use FSE as a hashtag.

This is not meant to be a formal definition of FSE like most terms we define on Dictionary.com, but is rather an informal word summary that hopefully touches upon the key aspects of the meaning and usage of FSE that will help our users expand their word mastery.