Everything After Z by Dictionary.com
Previous Word GMH
Next Word GNO

What does GMT mean?

Wife's away Saturday night, freeing me up to get drunk and belligerently live tweet UFC 229 until 6am GMT. / You're welcome.
@JackSlackMMA, October 2018
The Wallabies have lost six of their last seven tests. A loss to the Springboks would drop them to their lowest ranking in 15 years. The Rugby Championship match starts at 1005 GMT.
The Associated Press, September 2018 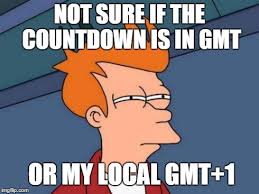 Where does GMT come from? 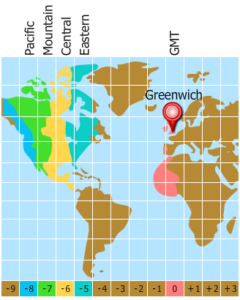 Greenwich Mean Time (GMT) is named after Greenwich, a borough outside London, where the British Royal Observatory has kept time since 1675 to aid sailors traveling to the Americas.

Mean time refers to mean solar time, an old method of calculating time based on the position of the sun. Greenwich marks the average time it takes earth to rotate around the sun from noon to noon.

The phrase Greenwich Mean Time is recorded in 1782, the abbreviation GMT in 1840. 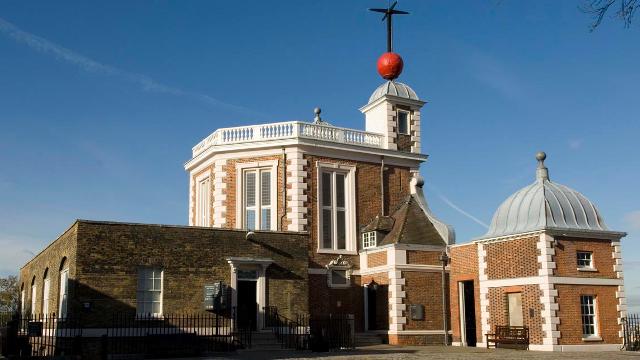 In the 19th century, the UK sought a national time system to use for its railways in place of the numerous local times used by towns and cities, designating GMT in 1880. The US adopted it in 1883. In 1884, British mapmakers established Greenwich as the prime meridian, where longitude is 0 degrees.

That same year, 24 time zones were created around the world with GMT as its reference point. Other times zones are plus or minus, ahead of behind, GMT, making New York City GMT–5 (hours) but Paris GMT+1.

In 1960, a new universal time standard, now called Coordinated Universal Time (UTC), was mapped onto GMT, though forms of it are older. They share the same time practice, just that GMT is used as a national time zone by the UK, Ireland, and some African countries while UTC is simply a reference.

The International Space Station still uses GMT, and GMT is still considered an accurate time in all time zones—pretty impressive considering it is over 300 years old.

Space is Big, Space is Public – watch coverage of the #IAC2018 Public Day, live from Bremen, including a call with ESA astronaut @Astro_Alex on the @Space_Station. Starts 11:30 GMT (13:30 CEST). https://t.co/eE58vGE0ax (public day session is free of charge) pic.twitter.com/yA1pAYtHiy

GMT is the time zone that the UK and Ireland, among some other countries, uses outside of Daylight Saving Time (DST). Time just has to be complicated, doesn’t it?

At 93, Mahathir Mohamad is the world's oldest elected leader.

Can he salvage Malaysia and lead it back to a brighter future?

Despite the existence of nation-independent UTC, it is still common practice for people to refer to their own time zone in reference to GMT. GMT is very often used to indicate the time of live events (such as a sports broadcast) for international audiences.

Slide into patch v6.01 on Wednesday, October 3! Patch Notes will be available when downtime begins at 3 AM ET (0700 GMT).

On the occasion of the celebration of #Gandhi150, join our #FacebookLive interview with @SadhguruJV and learn more about the culture of peace, yoga & what traditions can do to tackle the 🌍's problems

This is not meant to be a formal definition of GMT like most terms we define on Dictionary.com, but is rather an informal word summary that hopefully touches upon the key aspects of the meaning and usage of GMT that will help our users expand their word mastery.