Everything After Z by Dictionary.com
Previous Word MMSL
Next Word MOC

What does MOAB mean?

MOAB is an acronym referring to a large bomb in the US military, the Massive Ordnance Air Blast or Mother of All Bombs.

Moab is also the name of a Biblical kingdom and a city in Utah.

The MOAB is designed to destroy a lot of targets on the surface — unlike the Massive Ordnance Penetrator (MOP), the only US conventional bomb that’s larger than the MOAB (and one that has yet to be used in combat).
Zack Beauchamp, Vox, April, 2017
you know as well as i do ... the current environment is turning against the dems on this kavanaugh destruction plan they hatched that failed ... now is not the time to drop more bombs ... let this percolate ... witness their pain ... then shortly before elections ... drop moab
@bryant865, October, 2018 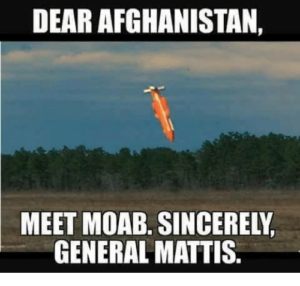 Where does MOAB come from? 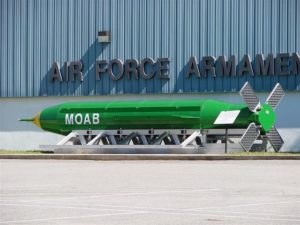 The kingdom of Moab—a name from Greek via Hebrew for “from the father”—is described in the Bible as what is present-day Jordan, bound by the Dead Sea on its west. According to the Bible, the Moabites often fought with the Israelites.

As an acronym, MOAB refers to a massive bomb developed by the US military. The official name of this weapon is the GBU-43/B Massive Ordnance Air Blast (MOAB). It was tested in 2003 but not put into service until 2017. 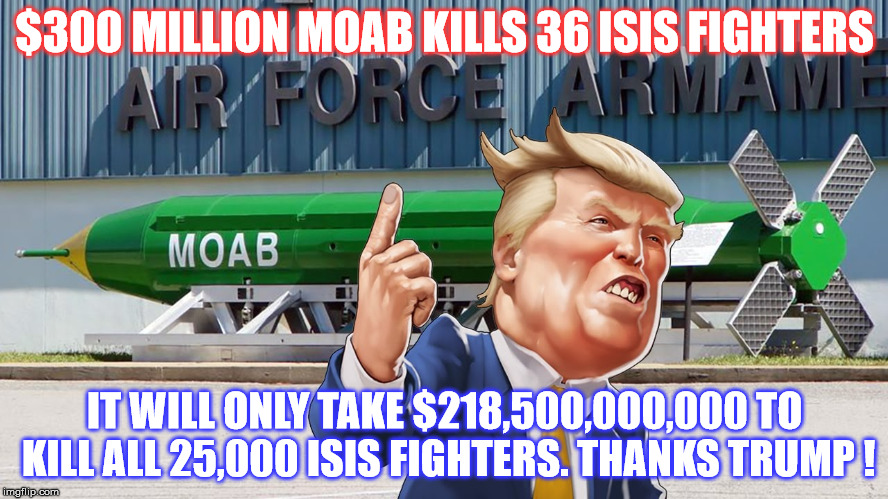 In a press release in 2017, the MOAB was described as “the most powerful non-nuclear weapon in America’s arsenal.” It’s probable that its nickname Mother of All Bombs came about while the military was developing the munition. The mother of all X is a construction used for hyperbole (e.g., I have the mother of all hangovers).

Now, MOAB is also pretty common in the gaming world too. 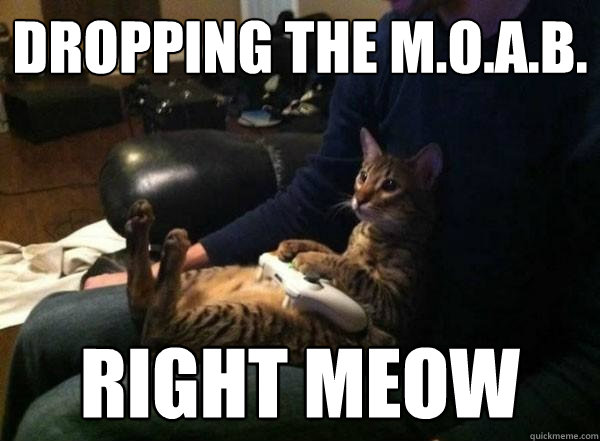 Moab, Utah is a popular destination for fans of national parks and the great outdoors. The stunning, otherworldly landscape of nearby Canyonlands and Arches National Parks attract hundreds of thousands of visitors every year. These eager tourists love to post their vacation pics on social media using the hashtag “#Moab.”

Made it through another day. Weather not so good but managed to see Monument Valley and parts of Canyonlands on our way to Moab. pic.twitter.com/wjx8tCTZ8K

I love goblin valley, anyone going through mid-to-southern Utah, like up near moab should at least stop by. You gotta check out these silly rocks pic.twitter.com/CY8hN2fSVE

Not so many vacation pics from the Biblical kingdom of Moab these days, unfortunately.

MOAB as an acronym is used by the military and those interested in weaponry.

MOAB has also entered the wider discourse to refer to a metaphorical bomb, such as releasing information about someone, particularly in a political context, cf. bombshell.

People may also use MOAB as a modifier (e.g. MOAB bomb).

This is not meant to be a formal definition of MOAB like most terms we define on Dictionary.com, but is rather an informal word summary that hopefully touches upon the key aspects of the meaning and usage of MOAB that will help our users expand their word mastery.