OMW2FYB is a joke acronym and meme standing for on my way to fuck your bitch. It’s perfect for making your whereabouts known.

Where does OMW2FYB come from? 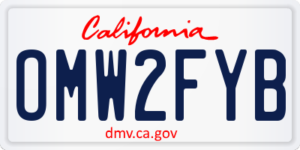 OMW2FYB emerged sometime in 2014, when it appeared on Twitter and Urban Dictionary. It’s a taunting joke in which a man claims he is en route (on my way) to have sex with (fuck) someone else’s woman (bitch), and thus dominate or own them.

In 2015, OMW2FYB went viral thanks to a vanity license plate. Someone spotted a clever driver with the acronym on their plates and shared it online. OMW2FYB sightings multiplied in 2016, solidifying it as a meme.

Car paraphernalia with OMW2FYB have since abounded. This includes decals, license plate frames, and bumper stickers. 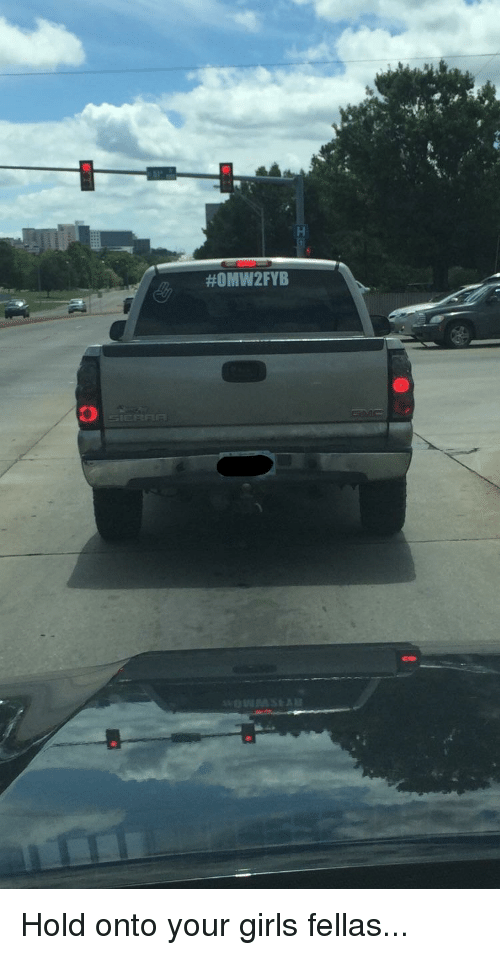 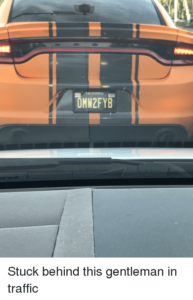 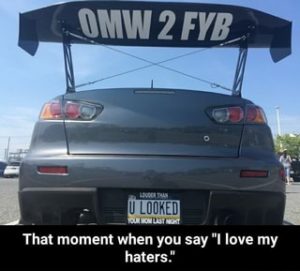 OMW2FYB isn’t an acronym with extensive use like LOL or OMG. It’s mostly a bro-y boast, appearing in memes, as punchlines, and on cars.

It’s especially seen in the context of license plates, with people posting sightings on social media…

he must really have been in a rush to fmb

…or making jokes about getting the acronym inscribed somewhere.

What cut should I get from my barber? The Act a Fool, New Phone Who Dis, or the OMW2FYB

Unsurprisingly, OMW2FYB often shows up on muscle cars, sports cars, and pickup trucks. Maybe that’s why people have taken to the phrase to reference their bravado, those dudebro, douchebag fuckboys.

This is not meant to be a formal definition of OMW2FYB like most terms we define on Dictionary.com, but is rather an informal word summary that hopefully touches upon the key aspects of the meaning and usage of OMW2FYB that will help our users expand their word mastery.