What does oomf mean?

Oomf is an acronym standing for “one of my friends” or “one of my followers.” This is a way to mention someone without directly naming them.

Where does oomf come from? 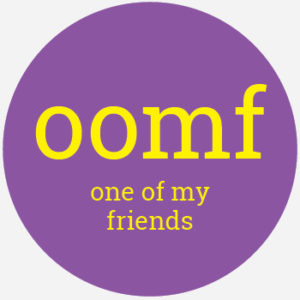 Before gaining its current meaning, oomf—usually spelled oomph—exclusively meant something close to having an attribute of je ne sais quoi. In this use, it describes an unknown quality that would take something to the next level, as in giving that party that extra oomf by including loudspeakers or adding oomf to an outfit with the perfect shoes. It is also an onomatopoeia for a sound of disappointment or exhaustion.

Over time, it gained an unrelated meaning on Twitter: one of my followers. It’s not known exactly when or by whom the acronym was created, but it has existed as a hashtag for that purpose since March 2010. It began to catch on more in 2011, and was so well liked that early on in the year it was also entered into both Twittonary and Urban Dictionary. Since then, the meaning has remained relatively static.

Oomf is used as both a noun and as a hashtag. Both of these appear in the same places that the longer one of my friends/followers would. Though it originated on Twitter, it can also be found on Tumblr and Instagram, since they’re both platforms that have a follower system.

Across platforms, it can be used for a positive, neutral, or negative shout-out to a follower who might not even know they’re the target of the post. As a positive thing, it could be used to covertly confess affections or call a follower attractive in plain sight. It can also be more akin to a subtweet, which is entirely negative. With this sort of function, it can be a tool of targeted passive aggression without giving away the target’s identity. It may also be a wholly neutral comment, such as someone wishing they knew a follower in real life.

This is not meant to be a formal definition of oomf like most terms we define on Dictionary.com, but is rather an informal word summary that hopefully touches upon the key aspects of the meaning and usage of oomf that will help our users expand their word mastery.