What does SMUD mean?

The Sacramento Municipal Utility District, or SMUD, is no ordinary electric company. Formed by the citizens of Sacramento County, California, SMUD is community-owned, long reputed for its efforts to use renewable energies.

Where does SMUD come from? 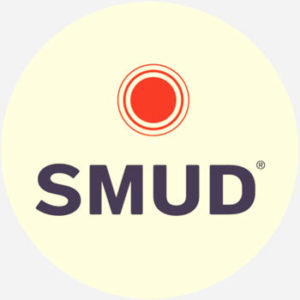 First voted into existence in 1923, SMUD‘s development was halted for over two decades by legal battles with the bigger, investor-owned utility Pacific Gas & Electric (still providing gas to the area), who didn’t want to fork over their electrical system. This David-and-Goliath battle ended in 1946 when the California Supreme Court agreed to uphold the original vote from Sacramento residents, allowing SMUD to begin its operations.

Today @Uber and SMUD announced an exciting new partnership to advance the use of electric vehicles in @TheCityofSac. Uber drivers using EVs will be paid an incentive of $1.50 a mile. @innovatesac @SMUDUpdates pic.twitter.com/0sZIYtFUMu

SMUD has served its Northern California-area residents ever since, especially known for innovative approaches to electricity. In 2016, for example, SMUD announced a new “time of use” rate, allowing members to reap big discounts if they shifted their energy usage to off-peak times.

SMUD is also popular because, as a not-for-profit, any extra revenue that the company receives is directly given back to consumers in such forms as incentivized lightbulbs or even cash rebates.

ok smud just emailed me a bill... and i almost fainted
@allthingsmollie, June, 2018
SMUD is also on target to slash CO2 emissions to just 10 percent of 1990 levels by 2050.
Gar Alperovitz, Truthout, May, 2013
SMUD is reporting a power outage which is affecting our Dillard Tower. We're monitoring the situation and will provide an update when we get one from SMUD...
@SoftcomInternet, July, 2018
SEE MORE EXAMPLES

SMUD is generally well liked by the population it services, and when it becomes available in nearby areas, it is usually celebrated. It might seem weird to see such enthusiasm for an electric company, but hey, not every electric company is SMUD. 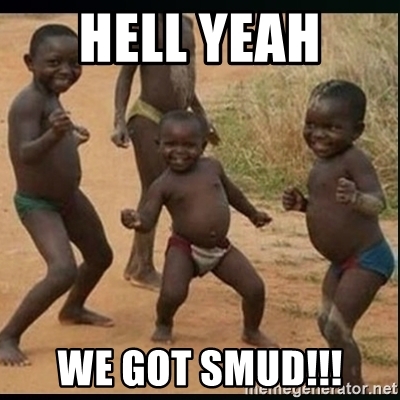 It’s familiar enough to Sacramento-area residents to be written in the lowercase as smud, which is not to be confused for an occasional portmanteau word smud—a messy mix of snow and mud.

This is not meant to be a formal definition of SMUD like most terms we define on Dictionary.com, but is rather an informal word summary that hopefully touches upon the key aspects of the meaning and usage of SMUD that will help our users expand their word mastery.