Have you ever stopped to wonder why we eat pork and beef, but not pig or cow? Menus don’t advertise sheep or deer, but mutton and venison. And, we nonchalantly nosh on veal without the linguistic reminder that we’re actually eating meat from a baby calf.

When it comes to designating meat terminology, the English language has a few ways of distinguishing between the live animal and the dead animal on your plate. Why?

The explanation requires a brief lesson on the history of English. Today’s topic: the Norman Conquest of England in 1066. In that year, the Anglo-Saxon king died and forgot to tell everyone who his successor was going to be. Oops. The dead king (when he was alive) had promised the throne to the Norman duke William, soon to be known as “the Conqueror” because of the dead king’s unfortunate oversight. A couple other in-laws of the dead king also vied for the throne. There was a big battle, William the Conqueror conquered, and the Anglo-Saxons came under Norman rule.

A clash of swords became a battle of words as the Anglo-Saxons and Normans endeavored to understand each other. The Normans spoke French and the Anglo-Saxons spoke Old English (deriving from West Germanic languages). As one would expect with a ruling class, the French Normans brought fancy terminology to the linguistic table, including words related to nobility, like crown and castle, and words related to food like banquet, sauce, biscuit, and roast.

The theory goes that the distinction between terms for live animals and dead-animal meat was influenced by class differences between Anglo-Saxon servants and Norman elites. Lexicographer Robert Burchfield calls the theory “an enduring myth.” But, Bill Bryson, an author who has studied English and historical topics extensively, thinks the class theory is a “reasonable generalization.”

It goes like this: Old-English words were used when describing the live animals, because the lower-class Anglo-Saxon farmers and hunters were responsible for raising (and then killing) the animals. Fancier French words were introduced to describe the culinarily-transformed, tasty, and often expensive meats that would grace the tables of wealthy Normans (who weren’t getting their hands bloody).

Of course, after the Norman Invasion, English didn’t adopt all of the French words for “dead animals as food.” The animal fish, for example, and the food fish go by the same name, derived from the Old-English/Germanic word fisc. One explanation for why English didn’t adopt the Norman term for fish is because the French word is poisson—much too close to poison in English, and nobody wanted to ingest that! (Actually, for real sticklers, poison is also a French word, so the French evidently didn’t, and don’t, have trouble distinguishing between the two.)

So, after the conquest, the Normans and Anglo-Saxons linguistically divided up pig/pork and cow/beef. Did they do the same to fowl? Were the clucky live birds called chickens and the unlucky dead ones poulets (French for “chicken”)? And if so, why don’t people raise chickens and eat poulets now?

It’s not like the Anglo-Saxons were against French words for “chicken”: after the invasion, the conquered people adopted poultry from the Old French pouletrie, meaning “domestic fowl.” And, the English word pullet (meaning “young hen”) comes from poulet, but it’s little known outside the chicken-farming community. Why didn’t poulet (or pullet) stick in English, the way pork and beef have?

Maybe the animal/meat distinction was only meant for cloven-footed animals and not feathered fowl. For whatever reason, in English, poultry aren’t given distinct names when their “goose is cooked,” so to speak. We can’t come up with a definitive answer; it’s like a chicken-and-egg conundrum.

What does the animal/meat distinction do?

Moving away from these complex philosophical questions about poultry, the pig/pork, beef/cow distinctions from centuries ago point to a few interesting implications of calling dead animals (some of them anyway) by another name once they’re meant to be consumed.

Vegetarians, vegans, and animal-rights activists draw attention to what they see as the harmful consequences of maintaining the animal/meat distinction. Calling a dead cow beef is just one of the many ways “animals are made absent through language.”

Just as what’s presented on the plate no longer resembles a living, breathing creature, the words beef, pork, and veal disguise the fact that the meal is actually braised dead cow, slaughtered pig sandwich, or bashed baby cow scaloppini. Making the animal “absent” means the food is easier to eat.

Perhaps, that’s what the French Normans knew in the 11th century. Distinguishing between animal and meat provides some psychologically reassuring distance between the eater and the once-living thing that’s been slaughtered. And, even though chicken meat is chicken, words like tenders and nuggets help soften the reality of eating the dead.

The same kind of linguistic disguise is applied when the dish is especially stomach-churning: “Rocky Mountain oysters” are actually fried calf testicles.
(Want to give your stomach a real treat? Check out some other distasteful dishes in linguistic disguise here).

To sum it all up: The Normans may have introduced “food” terms for animals to help them feel better about eating them, but researchers (centuries later) confirmed that there’s a human drive to do so. In 2016, Oslo University’s Institute of Psychology showed that words like beef and pork “created emotional distance between consumers and the animals they were preparing to eat.” Cow and pig, on the other hand, brought participants closer to the reality of the “face on the plate.” 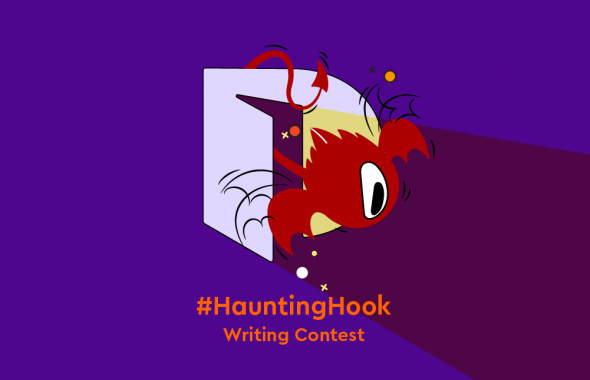