🐫🌞🐪Having some #India withdrawals! Wouldn't mind making a trip back there soon😏...
@emilykjohnston, August, 2014
Just picked our three activities for when in Dubai. Cannot wait to go on a camel ride 😁😁😁🐫🐪 42 days and counting 😁😁😁
@VickyEJukes, June, 2018
Good Wednesday morning to everyone! 😎🙋‍♂️😊🤗❤🐶☕Today is like a roller coaster ride. Happy hump day!🐪🐫 Be safe and try to enjoy and stay hydrated!😎👍
@DarinRose5, June, 2018 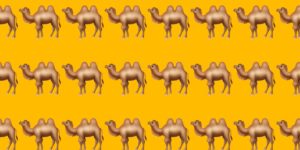 The Bactrian camel emoji shows the two-humped camel that is native to Central and East Asia’s deserts. Fun fact: Whether one hump or two, camels use their humps to store fat, which they break down into water and energy, helping them travel long distances in extreme temperatures without food or drink. That made it pretty handy for Silk Road caravans. 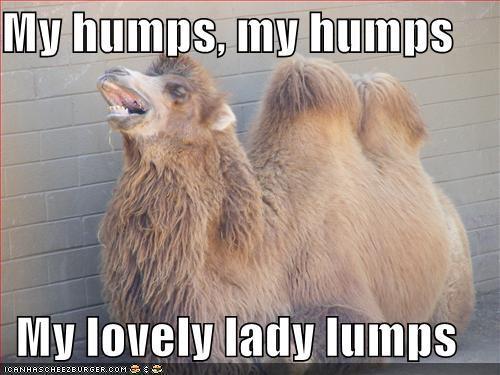 So, why is there an emoji of this funny-looking mammal? Well, because there’s an emoji for just about every animal, it seems, especially large mammals like camels. That, and camel diversity, apparently. No camel racism, please. 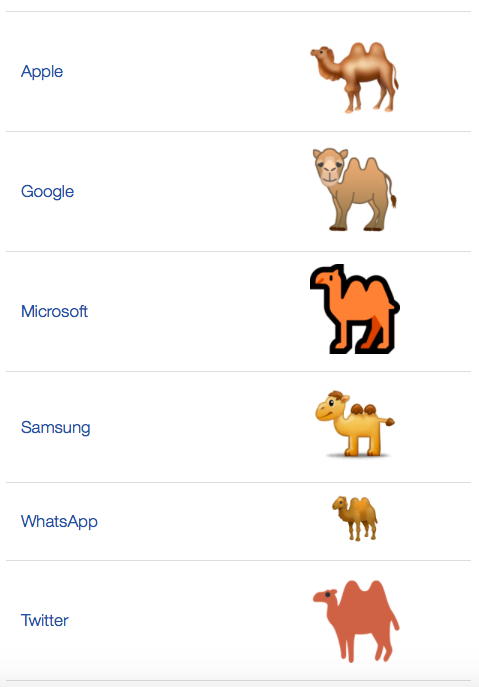 Outside of referencing actual camels, the Bactrian camel emoji is used to represent sports team mascots that are camels. Go Campbell County High!

What a game! Great day to be a Camel fan! Let’s do it again tomorrow 🏀💜🐫 https://t.co/W0eAQrCpJp

🌞
Hello!
2 days desert trip from Marrakech to Zagora.
Here you will find opportunity to take some good pictures for the sunset.
🙂☀️💕🐫👍 pic.twitter.com/R2Y4p8UxhF

The Bactrian camel emoji is also often used in discussing the ancient trade route, the Silk Road, whether literal or metaphorical, including

Like in a dream! This morning I witnessed the first lights of the day on this beautiful temple lost in the desert on the ancient Silk Road. A truly amazing sight!!! 🏝🏯🐫 #wowplacestogo #examenoinsta #guardiantravelsnaps #fantastic_earth #lonelyplanet #destinosimperdiveis #bea… pic.twitter.com/p5JSmi4SVd

Does the Silk Road still exist? 🐫🌴Probably not. But let us tell you the story about a new trade route and find out what is being transported there. A hint: It’s not silk and spices anymore – but not less precious! And it encompasses over 90 countries! #BeltAndRoad #BRISummit https://t.co/4zu4Ui32qb

Another popular use of the Bactrian camel emoji is to illustrate pictures and posts about Hump Day (i.e., Wednesday, the “hump” in the middle of the week we all slog over to get to the weekend).

Of course, hump doesn’t always have such a PG-meaning. As a satirical Mashable article attempted of an otherwise “useless” Bactrian camel emoji in 2016: “[O]ur double-humped buddy, is clearly a sex symbol. One hump for hump day, two humps for humping on hump day.” Bom chicka wah wah.