The eggplant emoji is a long, purple eggplant, but it’s really just used to represent a penis.

Where does 🍆 Eggplant emoji come from? 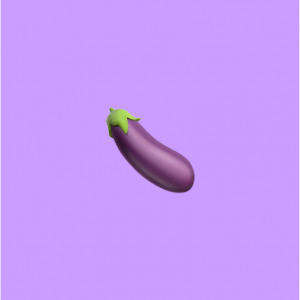 The eggplant emoji first debuted in 2010 and quickly became a symbol for the penis. According to “Among the New Words,” a quarterly article in the journal American Speech, the eggplant emoji was used on Twitter to mean “penis” as early as 2011. In March of 2014, the video artist Jesse Hill “translated” Beyoncé’s hit song “Drunk in Love” into emoji, using the eggplant to represent Jay Z’s penis. 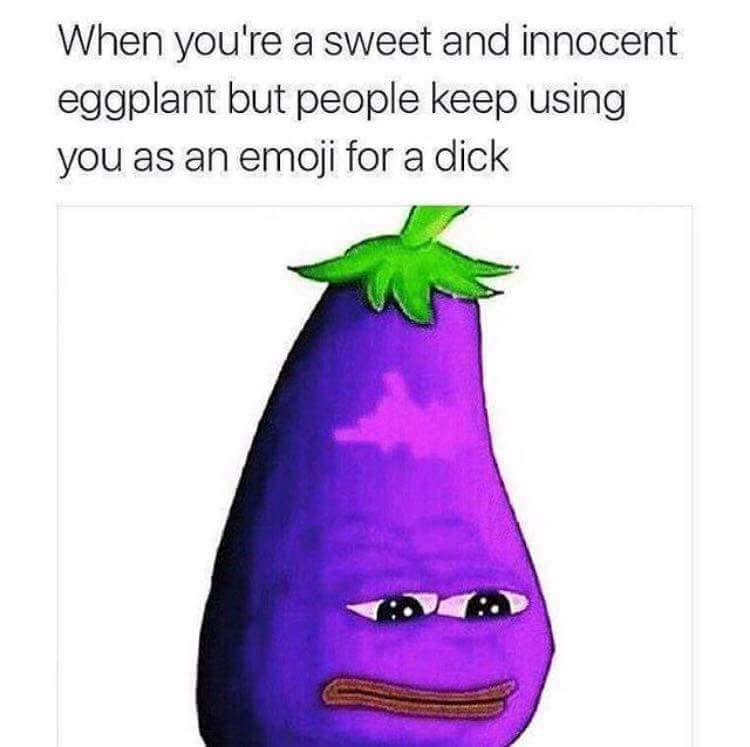 Later that year, the emoji inspired a trend on Instagram and other social-media sites called “#EggplantFriday,” a hashtag that was linked to posts where men posted explicit images of their “eggplants.” But in 2015, Instagram actually blocked the eggplant emoji and references to it (e.g., “#eggplant”) from its search functionality. Instagram’s ban resulted in a campaign called “#FreetheEggplant,” modeled after the similar campaign “#FreetheNipple,” in 2012 for gender equality.

#BreakingNews: We're launching an exciting new savoury #condom range - Eggplant flavour! #CondomEmoji
@durex, September, 2016
Had anyone used this as anything other than a penis? #realtalk #eggplant #orisit ?
@yahhhbitch, June, 2016
But don’t cry for the eggplant. It’s going to take a long time for bros to stop snickering every time they walk through a late-August farmers’ market, or read the menu at a Middle-Eastern joint. And hey, that peach is still up for grabs…
Regan Hofmann, “The Complete (and Sometimes Sordid) History of the Eggplant Emoji,” First We Feast, June, 2015
SEE MORE EXAMPLES

The eggplant emoji is also called the aubergine emoji in the UK and Japan. While it can literally refer to the food item (eggplant parmesan, perhaps?), it’s most often used online to represent a penis. This is in large part due to other emoji representations of long foods associated with penises (like the banana or cucumber) looking less like … well … penises. The eggplant emoji has become so associated with the penis that people even use the word eggplant as a stand in, or euphemism for, the word penis. It just sounds better.

This is not meant to be a formal definition of 🍆 Eggplant emoji like most terms we define on Dictionary.com, but is rather an informal word summary that hopefully touches upon the key aspects of the meaning and usage of 🍆 Eggplant emoji that will help our users expand their word mastery.