What does EmojiOne mean?

EmojiOne is a company that licenses emoji images for use across mobile and internet platforms.

Where does EmojiOne come from? 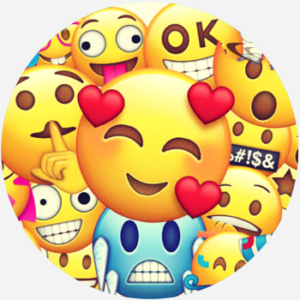 EmojiOne was founded by Rick Moby, who launched a set of open-source emoji (EmojiOne 1.0) in September, 2014. Before EmojiOne, in-text emoji were only visible across digital devices if a user was viewing them on a platform that supported emoji, a capacity limited to companies with the resources to design their own emoji sets.

If a smaller company or app used, say, Apple’s emoji without permission, it would be infringing on copyright laws. An open-source solution like EmojiOne’s first set allowed everyone to incorporate emoji, regardless of budget.

EmojiOne 1.0 and EmojiOne 2.0 were both covered by a Creative Commons license, and was the first emoji set to be so covered. EmojiOne 3.0 launched in April, 2017, and was the first release not to be offered open-source—it now requires licensing to use their emoji. It’s worth noting that EmojiOne does offer a free-tier of licensing, but the images are lower in resolution and require express attribution.

The company is based in Henderson, Nevada, and is an Associate Member of the Unicode Consortium.

The term EmojiOne is almost exclusively used to refer to the company, EmojiOne, Inc., their releases of emoji image sets (e.g., EmojiOne 1.0, 2.0, etc.), or products like their emoji keyboard browser extension.

This is not meant to be a formal definition of EmojiOne like most terms we define on Dictionary.com, but is rather an informal word summary that hopefully touches upon the key aspects of the meaning and usage of EmojiOne that will help our users expand their word mastery.