What does 🏑 Field Hockey emoji mean?

Where does 🏑 Field Hockey emoji come from? 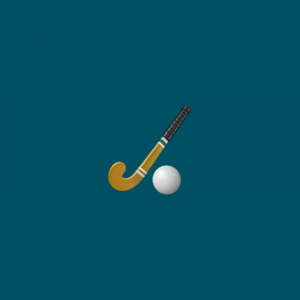 The Field Hockey emoji 🏑, also popularly called Hockey emoji outside of the United States and Canada, was approved under Unicode 8.0 in 2015 as Field Hockey Stick and Ball. On most major platforms, the emoji depicts a field hockey stick facing towards the left next to a field hockey ball. The color of the ball and appearance of the stick varies depending on the platform. On WhatsApp, the stick is instead facing towards the right. On Twitter, the handle of the stick is not shown.

Because of this, the Field Hockey emoji 🏑 appears to be more commonly used in Europe, Asia, and Africa. Belgium, Spain, India, and Argentina have some of the highest-ranked field hockey teams in the world.

Just came out of retirement to play hockey on the same team as my daughter #HockeyFamily 🏑
@Redhillstring, May 30, 2018
Looking for a new winter coat to fit my hot water bottle in seeing as every sunday I'll b standing outside watching footy or hockey😢😂🏑⚽
@AmyeWright07, September 3, 2016

The Field Hockey emoji 🏑 is used to refer to the sport of field hockey and other stick-and-ball sports.

Today has been one of THOSE days… you know the ones where nothing works? 🤦‍♀️😂 I cannot wait to get to hockey 🏑 #PhDLife