This emoji represents the sacred sound and icon of Om, a symbol of oneness in Hinduism and other world religions. As appropriated in the West, the Om symbol emoji marks content dealing with yoga, spirituality, and feelings of inner peace.

Where does 🕉️ Om Symbol emoji come from?

I pray now that all we willing may be connected to and with all that is sacred in creation / 🕉✌✨💖✨✌🕉
@treezat, January, 2018
"Yoga is invigoration in relaxation. Freedom in routine. Confidence through self-control. Energy within and energy without.” / 🧘‍♀️😇💫🙏🕉️ / #YmberDelectoQuotes #saturdayinspiration #motivation #hathayoga #rishikesh
@yogaandtraining, May, 2018
remember we're all floating on the stream of life together. And at times we get in the same part of the stream together for a bit. We're always where we're supposed to be at any given time. Keep being the awesome dude you are! 🙏🕉️😀
@MandolinChick, May, 2018
SEE MORE EXAMPLES

The Om symbol emoji is commonly used to mark content concerning Hindu faith, culture, people, and politics. It frequently is paired with other religious emoji in sentiments of more universal ideals and values.

Westerners have co-opted the om symbol as a catch-all for feelings of peace, calm, balance, being centered, and enlightenment. As such, the om symbol emoji very widely appears in content about yoga, spiritualism, and mysticism in general, as well as alternative medicine.

Me: lol what a load of horse shit

Due to the Om symbol‘s popular Western associations with peace, its emoji form is sometimes used more metaphorically to convey “going with the follow” or “being chill.”

LOL this is why I stopped weaving through traffic. Don’t fight the current, just go with the flow. 🕉️ https://t.co/ED2VmOTQql

Cultural appropriation at its best. 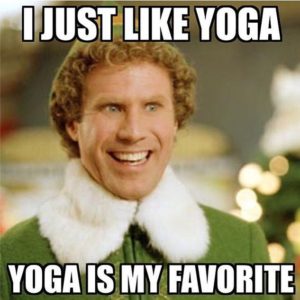 This is not meant to be a formal definition of 🕉️ Om Symbol emoji like most terms we define on Dictionary.com, but is rather an informal word summary that hopefully touches upon the key aspects of the meaning and usage of 🕉️ Om Symbol emoji that will help our users expand their word mastery.