Where does ✌️ Victory Hand emoji come from? 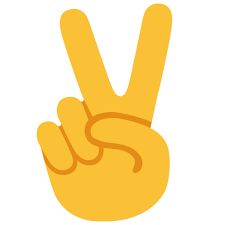 The victory hand, or V sign, has its origins in the WWII resistance to the Nazis. The Belgian BBC broadcaster Victor de Laveleye suggested in January 1941 that the victory sign—made with index and middle finger spread and facing out, the remaining fingers held down with the thumb—become a symbol of unity and victory for the Allied forces, as the word for victory in French (victoire) and for freedom in Dutch (vrijheid) both started with letter V. 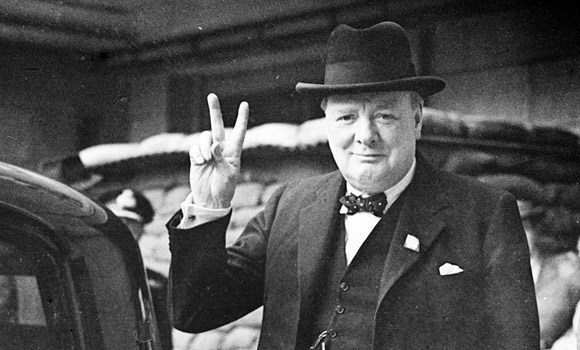 The symbol took off, first in Belgium, the Netherlands, and England, and later throughout occupied Europe. Later, it came to be a general symbol for peace when it was adopted by Vietnam War protesters in the 1970s and has since become commonly called the peace sign gesture and recognized around the world.

Never looking back on it we did what we did 😏✌🏾
@_jazsyb, August, 2018
Corpus Christi...It’s been real. This isn’t goodbye, just a see you later. ✌️❤️ shoutout to the 18 amazing years of memories. #CollegeBound
@brianjuarez1105, August, 2018
Do not expect anything, but pray for everything....Without FAITH there is no HOPE💋✌️💋✌️💋✌️💋✌Peace and LOVE baby♥️♥️♥️♥️🇺🇸🇺🇸🇺🇸🇺🇸🙏
@SwanRose2013, September, 2018
SEE MORE EXAMPLES

The victory hand emoji is most often used to represent “peace” and all the sentiments of unity, harmony, and collective humanity that come with it.

As peace and peace out are slang ways to say “goodbye,” the victory hand emoji is ready to bid various farewells and make sundry sign-offs.

You can kiss that ball (and deficit) goodbye! ✌️ pic.twitter.com/x6ljJQpGek

My gaming/podcast/twitter friends are among the greatest I’ve had in my life. Thank you guys for being Mega Awesome ✌️

Just chillin with the chicks at work. ✌️😎😆😂😜 #chickenwhisperer pic.twitter.com/909rhYIyEh

For a number of cultures, including the British, turning around a victory hand gesture makes an obscene gesture akin to the middle finger, saying “Up yours!” or “Fuck you!” Many Britons and others use the victory hand emoji for their sweary needs.

Well my car got totaled today so that’s fuckin great. Fuck the girl that cut me off and destroyed my car ✌️

Happy Valentines Day, Spread the love not your legs! ✌🏻️😂💗

When people want to show they are saying something ironically or calling out problematic word choices, they may do air quotes, which involves holding up both hands in victory signs and bending the fingers. The gesture is meant to imitate quotation marks. Wrapping text with two victory hand emoji simulates ✌️ air quotes ✌️ in writing.