Where does ⛹️‍♀️ Woman Basketball Player emoji come from? 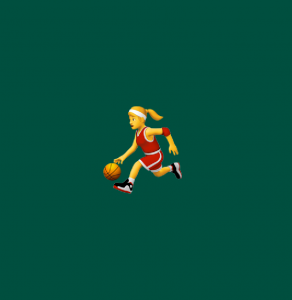 As you might expect, Woman Basketball Player emoji ⛹️‍♀️ is used to refer to basketball and women playing basketball.

It is also used more generally to refer to sports or exercise.

Let's do this low carb living and workout 👊⛹️‍♀️💪

Are all the emojis I never use… like wow. I need to work out more🤦🏽‍♂️