What does Cronenberg mean?

In slang, a cronenberg is a grotesque, often mutilated being that resembles something from one of his movies; to cronenberg something is to mutate it into such a being.

Where does Cronenberg come from? 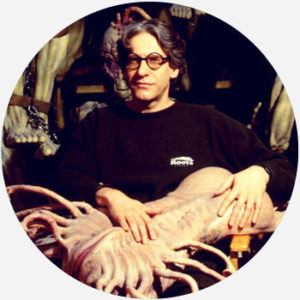 David Cronenberg first garnered some attention in the Canadian arts and film press with art house movies in the early 1970s, but he gained more widespread notice with his sci-fi horror film Shivers in 1975. Cronenberg is best known for directing 1986’s The Fly and the 2005 crime thriller A History of Violence, which was nominated for the prestigious Palme d’Or at the Cannes Film Festival.

Later, films influenced by Cronenberg came to be described in these terms. In 1989, the magazine Cinefantisque described the horrific bodily transformation of the character Tetsuo into a “Cronenbergian mass” in the anime film Akira. The CineBooks Motion Picture Guide of 1995 described The Unearthing, a 1994 horror film, as having “an aura of Cronenbergian repulsion.”

The animated TV show Rick and Morty introduced another use of Cronenberg. In a 2015 episode, Rick creates a serum that turns people into twisted blobs of flesh, similar to things you may see in a Cronenberg film. Rick refers to the creatures as Cronenbergs, saying that they’ve been Cronenberged.

I've just been reading about the role of viruses in evolution and the last thing I'd want is people altering my DNA for profit. Everyone would end up Cronenberged.
@EvilViergacht, January, 2018
Coming from a small and sceneless town, I’ve experienced firsthand the horror of a primordial music scene oozing out of an extremely shallow pool of talent, and it’s a horrific, Cronenbergesque sight.
David Thorpe, Something Awful, November, 2005
I’m a huge David Cronenberg fan, and I always viewed Fantastic Four and the kind of weirdness that happens to these characters and how they’re transformed to really fall in line more with a Cronenberg-ian science fiction tale of something horrible happening to your body and [it] transforming out of control.
Josh Trank quoted by Steve Weintraub, Collider, January, 2015
SEE MORE EXAMPLES

Cronenbergian and Cronenberg-esque were first used to describe Cronenberg‘s own films but later expanded to encompass movies that resemble his own.

The terms may also be used more generally to describe anything which evokes the types of horrors seen in Cronenberg movies, such as bodily mutilation, deformity, or mutation. A classic example of Cronenbergian horror is how Seth Brundle (Jeff Goldblum) in The Fly, slowly morphs into a human-fly hybrid, sloughing off pieces of flesh in the process.

Cronenberg can also be applied to real items and events, as when the Discover Magazine blogger Neuroskeptic called a rat with a second head transplanted onto it a “Cronenbergesque creature.” Cronenberg‘s name can also be invoked in jest. The Onion AV Club, for example, referred to a movie poster in which an actress’s neck seemed unnaturally elongated as Cronenbergian.

The use of Cronenberg to mean a “hideous creature” and Cronenberged to mean “mutated” spread online following the Rick and Morty episode. Starting out primarily as a knowing cultural reference to the director and in-joke among fans of the show, the slang cronenberg has extended to describe similar creatures and events in other shows or hypothetical real-world examples.

This is not meant to be a formal definition of Cronenberg like most terms we define on Dictionary.com, but is rather an informal word summary that hopefully touches upon the key aspects of the meaning and usage of Cronenberg that will help our users expand their word mastery.