What does Peyton mean?

Peyton is a unisex given name and surname of Anglo-Irish descent.

Where does Peyton come from? 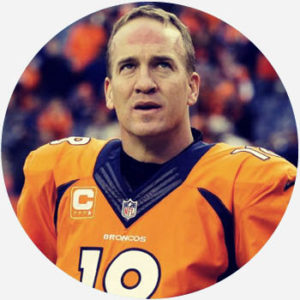 Peyton appears to have originated as the name of a village in Essex, England, recorded as early as 1086 in the Domesday Book. The name may literally mean “Pæga’s town,” with Pæga an Old English name of obscure origin. The place-name then became a surname associated with people living there or from there, later transferred as a given name.

One notable Peyton from the early 1700s was Peyton Randolph, a politician and planter born in the Colony of Virginia. Randolph opposed the Stamp Act in 1765 and supported American independence from Britain, eventually becoming president of the First Continental Congress in 1774. The name became closely associated patriotism and farming in the 1800s.

In contemporary history, the popular prime-time soap opera Peyton Place, known for its many scandals, premiered in 1964, based on an earlier novel and film of the same name. Peyton Place was a fictional town in New Hampshire that served as the soap opera’s main setting.

Perhaps the most famous, more recent holder of the name is Peyton Manning, a retired American football quarterback renowned for his numerous NFL records and two Super Bowl victories. Manning’s prominence in the 1990s appears to have influenced a huge spike in the name’s popularity. According to Social Security Administration data, Peyton was not a top-1000 most popular male given name in the US before 1989, only to skyrocket to 125th most popular boy’s name in 2007. Since then, it has fallen a bit, ranking at #290 in 2016.

Since 1992, Peyton has become a very popular female given name, jumping from #583 that year to a high of #43 in 2009. Peyton is also the name of the main female character in the show One Tree Hill, which first aired in September, 2003. As of 2016, Peyton was the 81st most popular girl’s name, according to the SSA.

When a neck injury forced Peyton Manning to sit out the 2011 season, Tom Brady was one of the people who missed him most.
Nancy Armour, January, 2014
When Peyton Randolph was three or four years old, the family moved into the imposing wooden home on Market Square now known as the Peyton Randolph House.
The Colonial Williamsburg Foundation, 2018
Payton Hutchings struck out all 21 hitters he faced in Coal City's 11-0 win over Beecher. It doesn't get more "perfect" than that.
@GKegsW84, March, 2018
SEE MORE EXAMPLES

Peyton can be used as a first name for both male and females. Another legendary football player, Walter Payton, exemplifies Peyton’s common variant. As of the 1990 US census, Peyton charted as the 3749th most common last name.

Peyton is also the name of a number of places in the US, including Peyton, Colorado.

This is not meant to be a formal definition of Peyton like most terms we define on Dictionary.com, but is rather an informal word summary that hopefully touches upon the key aspects of the meaning and usage of Peyton that will help our users expand their word mastery.