What does Zodiac Killer mean?

The Zodiac Killer was a serial killer who murdered at least five people in the San Francisco Bay Area in the late 1960s and early 1970s.

Where does Zodiac Killer come from? 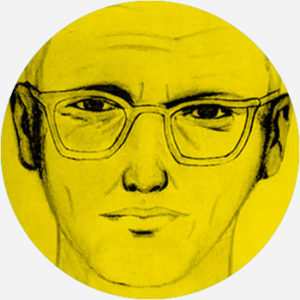 Between December 1968 and October 1969, the Zodiac Killer murdered at least five people in Vallejo, Napa, and San Francisco, California. He also regularly sent taunting messages to the San Francisco Examiner, San Francisco Chronicle, and Vallejo Times-Herald between 1969–1974, where he both referred to himself as “the Zodiac” and claimed to have killed as many as 37 people (though only five have been confirmed). The letters also included a series of ciphers, one of which contained his name but has yet to be decoded. He signed most of these with a symbol that looked like a circle with a cross through it, loosely resembling a Celtic cross.

As of 2017, the case remains unsolved. The killings and letters abruptly stopped in 1974, but no arrests were ever made. Some eyewitnesses to attacks, including some who survived attacks themselves, were able to describe Zodiac as a white male, 25–30 years old, 5’8”–6’ tall, with a stocky build, brown hair, and thick rimmed glasses. Many have come forward to claim friends or relatives as potential suspects, but none have ever been confirmed.

In March 2013, @RedPillAmerica joked on Twitter that then-US presidential candidate and Texas senator Ted Cruz was the Zodiac Killer. Cruz was, of course, born in 1970, in Calgary, Alberta, and at the time of the Zodiac killings, he would have been 0–4 years old and 1,300 miles away from San Francisco. Despite these facts, the claim inspired an ironic meme where people made alleged connections between Ted Cruz and the Zodiac Killer, however flimsy they might sound. Much of the joke revolved around Cruz’s face having a similar look to the police drawing of the killer, as well as a generally “creepy” vibe many claimed to feel listening to him.

The meme began around the time when Republican candidates like Cruz were starting to test the waters for a potential presidential campaign in 2016. Google searches for “Ted Cruz Zodiac Killer” spiked in early 2016 when a number of news outlets started covering the meme.

“Though the Ted Cruz theory is clearly intended as a joke, its popularity demonstrates the powerful hold that the Zodiac Killer still retains on the public imagination, occupying that very powerful space that lies just between fascination and fear.”
Lara Rutherford-Morrison, Bustle (June 28, 2016)
“It’s always been common for violent criminals and killers to seek fame and recognition for their actions...A clear example of this behaviour can be observed in one of the most mysterious criminal cases of the past century; the so-called Zodiac Killer.”
Jessica Vomiero, “Why do killers livestream their crimes?” Global News (May 14, 2017)
“Certainly San Francisco’s “Zodiac Killer” is a classic example of how terrifying a serial killer can be. Zodiac struck fear into the hearts and minds of Northern Californians in the late 1960s when he claimed seven victims, killing five.”
Rob Hoffman, “The Golden State Killer,” Times Union (April 27, 2017)
SEE MORE EXAMPLES

This is not meant to be a formal definition of Zodiac Killer like most terms we define on Dictionary.com, but is rather an informal word summary that hopefully touches upon the key aspects of the meaning and usage of Zodiac Killer that will help our users expand their word mastery.