Blorange is a blend of blond and orange or blood orange, most often used to describe a trendy hair color.

Where does blorange come from? 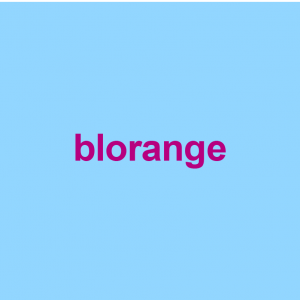 Blorange is sometimes mistaken for Blorenge, a mountain in Wales, sometimes in an effort to find that elusive rhyme for orange. Evidence for this rhyme attempt can be found on Usenet groups in the 1990s as well as on Urban Dictionary in 2003—though clearly such folks haven’t been listening to verbal acrobatics of Eminem!

Blorange as a blend of blond and orange, particularly to describe hair color, surfaced by at least 2006. Early uses of blorange were disparaging, implying that someone was trying to die their hair blond, but ended up with orange instead.

That all changed in 2017, when fashion media declared blorange the hair color trend of the year. According to a January 2017 BuzzFeed article, this blorange is a combination of blood orange, which is rich, reddish-orange hue named for the citrus. Other publications, like Cosmopolitan, attribute blorange to a mix of blond and orange for the blend.

The trend appears to have been kicked off by Georgia May Jagger (model, designer, and yes, daughter of Mick Jagger) in September 2016, when she posted a picture of herself sporting a pastel, rose-gold hair color on Instagram with the comment “Blorange.”

Into 2017, the blorange look was found all over fashion blogs and celeb hairdos. Since then, the blorange trend has faded, but it is still referenced in fashion media worldwide, from France to Brazil.

This #blorange thing is really cute
@xxTannis, April, 2017
If going for a full head of "blorange" makes you nervous, opt for a more-subtle ombré effect instead.
Samantha Sasso, Refinery 29, January 19, 2017 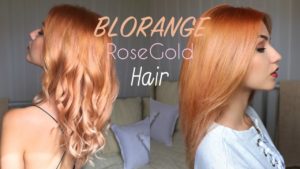 Blorange is still referenced in the world of fashion and beauty …

Wow! UNBELIEVABLE 🌟 O M G
That moment when you take your NATURAL LEVEL 3️⃣ client to a lifted level 1️⃣0️⃣!!! I have so many clients who’ve come to me in fear of 🍊 ORANGE aka “BLORANGE” hair… because their natural hair is so dark. ☝️ I can promise you… https://t.co/Z6fDD0Mmx3 pic.twitter.com/0MinEXP1bs

… though not everyone thinks the color is so great.

People continue to confuse or mistype it for the Blorenge mountain in Wales. Hey, Welsh is tricky.

This is not meant to be a formal definition of blorange like most terms we define on Dictionary.com, but is rather an informal word summary that hopefully touches upon the key aspects of the meaning and usage of blorange that will help our users expand their word mastery.