Everything After Z by Dictionary.com
Previous Word Jesus piece
Next Word Lemonade braids

What does jorts mean?

Jorts are jean shorts, either purchased that way or made by cutting the legs off a pair of jeans. The term is specifically used to mock the clothing item as an unflattering look ... on men.

No matter what time of the year, it is jorts season
@Max_schaefer21, December, 2017
I got my jorts on so you know it’s about to be a good night
@cadecostlow, December, 2017

For years, I've been on a quest to find the best pair of jean shorts at the Indy 500 — a jorts journey, if you will.

Where does jorts come from? 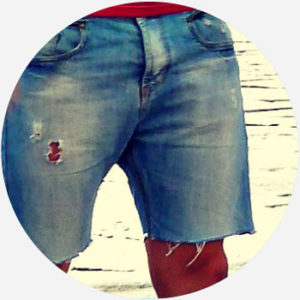 Jorts is a blend of the words jeans and shorts. While jean shorts became a popular clothing item in the 1960s, the term jorts doesn’t appear until the 1990s.

Listen, many people wear jean shorts. But, jorts specifically get made fun of in popular culture as white, hillbilly, dorky, or something your dad might wear when cutting the lawn with his t-shirt tucked in—or when snow-blowing with his shirt off, as one Wisconsin dad went viral doing in 2018. 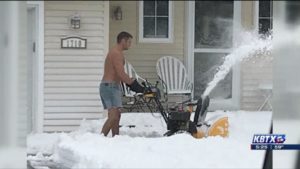 Jorts have been the punchline in popular media, too. In a 2014 episode of the cartoon Adventure Time, one character complains: “You still owe me a pair of jorts!” In the 2016 action comedy Central Intelligence, Kevin Hart’s character jokes: “You were like Jason Bourne, man, but with jorts!” And, then there’s Tobias from Arrested Development. He’s a never nude … and always sporting those jorts!

Jean shorts are more fashionable among women, and as such usually go by other names, like cutoffs or the higher, tighter Daisy Dukes.

As with all things in fashion, what’s unhip becomes cool again. US hipsters reclaimed shorts, especially of the skinny variety, in the 2010s. Celebrity Kendall Jenner notably wore jorts on the red carpet of the Cannes Film Festival in 2017, the same year emo-rockers Mom Jeans. even wrote a song called “Jorts.”

In popular speech and writing, jorts are often the butt of jokes, mocked as an unfashionable and unhip item of clothing.

I thought my uber driver said he was buying a pair of $900 jorts but he actually meant Jordans. I don’t know which one was worse

Others more earnestly sport their jorts.

I love my sister,I love my jorts, and I love Christmas. pic.twitter.com/k2R527eTLb

This is not meant to be a formal definition of jorts like most terms we define on Dictionary.com, but is rather an informal word summary that hopefully touches upon the key aspects of the meaning and usage of jorts that will help our users expand their word mastery.