What does Based God mean?

The BasedGod is the alter ego and rap persona of Brandon McCartney, also known as Lil B.

BasedGod is also a meme that references Lil B and his BasedGod persona.

Where does Based God come from? 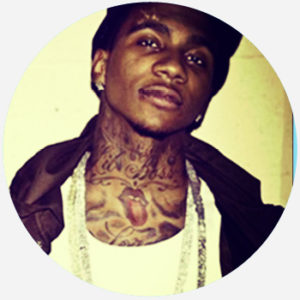 Lil B began rapping in 2005 at age 16, but his first use of the name BasedGod appeared in a 2010 song titled “Think I’m Based God.” As the rapper’s popularity grew, the name BasedGod began to draw more attention.

According to Lil B, based was a negative term from his childhood that people would use to call others simple, stupid, or basic. It’s a shortening of basehead, which is a pejorative term used to refer to a person who freebases cocaine. Lil B has reclaimed “based” to have positive implications: “Based means being yourself. Not being scared of what people think about you. Not being afraid to do what you wanna do. Being positive.“ BasedGod is how Lil B refers to himself in many songs, and he’s further adopted the name throughout his social media and public persona.

In 2011, NBA player Kevin Durant made a negative comment about Lil B on Twitter. Lil B responded by placing “The BasedGod’s Curse” on Durant, which drew attention when Durant subsequently did poorly in the 2012 NBA Finals. In the years since, Durant and his team, the Oklahoma City Thunder, haven’t won any titles. Lil B even cursed a former member of the Thunder, James Harden, after Harden used one of Lil B’s “signature” dance moves on the court. Harden soon after made a conspicuous foul. The BasedGod’s Curse has become well-known in basketball culture, bringing more attention to Lil B and solidifying the mythos of BasedGod’s power.

The BasedGod meme began appearing in 2010 after the release of “Think I’m Based God.” It’s an image overlaid with text that makes reference to BasedGod and either thanks him for something in a prayer-like manner or talks about how BasedGod “fucks bitches” (a reference to Lil B’s 2012 track “BasedGod Fucked My Bitches”).

Examples of Based God

“Sent it in on tuesday hahaha currently praying to basedgod”
Charlotte Freitag @Char_Ixtte Twitter (April 27, 2017)
“Thank you Based God for you have shown us the divine path of enlightenment.”
McDunkin Nbadraft (September 4, 2010)
“RapFix: What's the deal with the 'BasedGod F--- My Bitch'? meme taking over the Internet? Steven Roberts: Basically it's how his fans relate to him and his music, they're comfortable enough to let him sleep with their girl”
Steven Roberts, quoted by Hillary Crosley, “Lil B The BasedGod, Explained: A Rapfix Journey,” MTV News (January 13, 2011)
SEE MORE EXAMPLES

Who uses Based God?

The name BasedGod can be used interchangeably with Lil B. It can also be used in reference to the BasedGod’s Curse and Lil B’s supposed role as a powerful deity.

The BasedGod meme is often used in forum posts and as a response meme. In the context of “thank you,” it’s used to thank BasedGod for something good (e.g., “I got an A on my test, thank you BasedGod”). It’s also used to generally comment on BasedGod and his ability to freely “fuck bitches” (e.g., “I would let BasedGod fuck my bitch any day”).

This is not meant to be a formal definition of Based God like most terms we define on Dictionary.com, but is rather an informal word summary that hopefully touches upon the key aspects of the meaning and usage of Based God that will help our users expand their word mastery.