A character from the children’s animated TV show SpongeBob SquarePants, DoodleBob is the subject of memes parodying his nonsensical speech and appearance.

Where does DoodleBob come from? 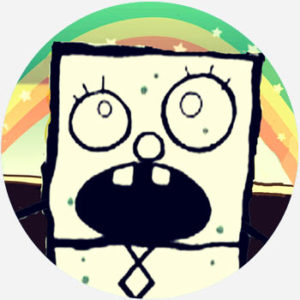 DoodleBob made his first appearance in the SpongeBob SquarePants episode “Frankendoodle,” which aired in 2002. SpongeBob creates DoodleBob after finding a magical pencil that makes drawings come to life. The character himself is a crudely sketched, black-and-white version of SpongeBob. In the episode, he terrorizes Spongebob, trying to control the magical pencil.

DoodleBob becomes a recurring antagonist in the series and was subsequently featured in both a Nintendo DS and cellphone game. It wasn’t until 2013, however, that DoodleBob surfaced as a meme, when people on MemeGenerator began captioning pictures of the character. That year, YouTuber Zetkero posted a video playing the game DoodleBob and the Magic Pencil, where DoodleBob’s signature sound “me hoy minoy” is prominently featured. The video garnered over 11 million views. In 2016, popular tweeter @dory posted a tweet showing two street names that sounded like DoodleBob’s catchphrase, garnering many likes and retweets. 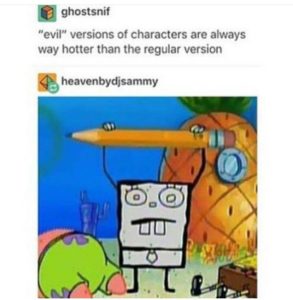 The DoodleBob meme resurfaced in November of 2017 on Twitter with a picture of rapper Travis Scott holding a microphone above his head, much like DoodleBob in the original episode. The tweet was a hit, and as of February, 2018, it has been retweeted over 13,000 times. 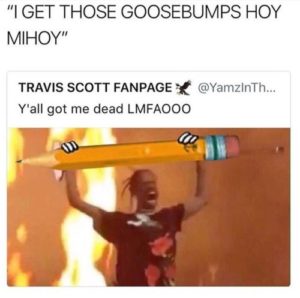 Saying “yoy” instead of “you” is a symptom of Doodlebob possession
@thegreatleap, February, 2018
I’m over here being a mitochondria, a literal powerhouse, while trying to think of tweets and get maybe 5 likes while some of you talk like DoodleBob and are sitting on 60k retweets
@gshockey93, November, 2017
They [young women cultivating a deliberately ugly aesthetic] are the kind of monsters that the world attempts to extinguish, but they instead regenerate in multiplicity. Like SpongeBob’s artificially created Doodlebob, they struggle — with tenacity, I might add — to exist in a world that invalidates them.
Valerie Khau, The Daily Californian, February, 2015
SEE MORE EXAMPLES

Outside of references to the character in the SpongeBob universe, people online occasionally liken other unusual people or things to DoodleBob’s wild-looking appearance and manic behavior, as seen in the popular Travis Scott meme.

Others will allude to DoodleBob’s gibberish way of speaking, rhyming his “me hoy minoy” catchphrase with other item. One tweeter took the oft-quoted line of Avril Lavigne’s hit song “Sk8ter Boi” and matched it with “He said me hoy minoy,” all paired with an image of SpongeBob skateboarding to one of DoodleBob hollering. 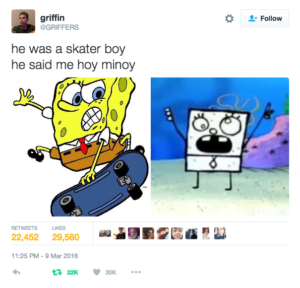 This is not meant to be a formal definition of DoodleBob like most terms we define on Dictionary.com, but is rather an informal word summary that hopefully touches upon the key aspects of the meaning and usage of DoodleBob that will help our users expand their word mastery.