What does Gardevoir mean?

Gardevoir is a Psychic/Fairy type Pokémon that first appeared in Generation 3 of the Pokémon series. It evolves from Kirlia. Gardevoir may be either male or female, but always appears as a female-looking humanoid.

Where does Gardevoir come from? 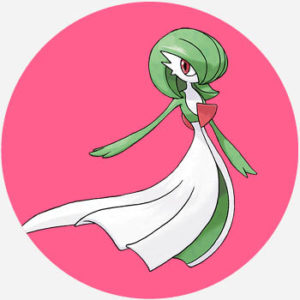 Gardevoir was first introduced as a Pokémon included in the November 21, 2002 Japanese releases “ポケットモンスタールビー・サファイア” (Poketto Monsutā Rubī & Safaia). There, Gardevoir was known as サーナイト (Sirnight). The English versions of the games, Pokémon Ruby and Pokémon Sapphire, were released in the United States on March 17, 2003.

Gardevoir, because of its feminine, humanoid form, quickly became a popular character online. This is especially true for sites with a large male population, such as Reddit and 4chan, where Gardevoir can still be seen today in artwork.

When it was introduced, Gardevoir became an object of attraction for many. While pictures have been a popular medium of expressing this, there are also written works that feature the character. In fact, by 2017, the search query Gardevoir returned over 100 stories on fanfiction.net. Over 50% of them are rated M for Mature. Another 30% were rated T for Teen. A good portion of these can be assumed to be sexual in nature.

On Reddit, 4chan, Tumblr, and other sites, there’s a ton of sexually explicit content related to Gardevoir. In fact, there’s so much demand for mature artwork of this character, that a subreddit, /r/NSFW_Gardevoir, was created. As one Reddit user notes, Gardevoir is the “Jessica Rabbit” of the Pokémon fandom, as it’s often sexualized because of its feminine characteristics. Jessica Rabbit is the sultry cartoon club singer from the popular 1988 film Who Framed Roger Rabbit?

“Being adorable and graceful helped, but what really made Gardevoir my favorite pokemon is their personality.”
tobiascook Reddit (September 11, 2016)
“Does anyone else like Gardevoir because it's cute and cool? Not because they fap to it?”
Anonymous 4chandata (August 8, 2013)
“Gardevoir is a very straightforward Pokémon. It will almost always run Hyper Voice and Psyshock as STAB moves, which allow it to hit most of the metagame for terrifying damage.”
Teclis, “OU Spotlight: Mega Gardevoir,” Smogon University (2015)
SEE MORE EXAMPLES

In some contexts, people tend to make sexual jokes about Gardevoir using in-universe mechanics. Two of these mechanics are the Pokémon moves Flash and Attract. These jokes typically take comic strip form. In these comics, Gardevoir usually uses either of these moves. In-game, Flash normally lights up dark areas or lowers a target’s accuracy. However, in the context of the joke, Gardevoir flashes the opponent with its breasts. In the games, the move Attract causes a Pokémon of another gender to become infatuated, which sometimes renders them “immobilized by love.” In the context of fanworks, Gardevoir uses Attract simply by existing or in some interpretations, to get what it wants. In each case, Gardevoir is portrayed as female and as flirtatious.

These jokes and other fanworks are so known within the fandom, that when people mention they like Gardevoir, they often qualify it with statements that distance themselves from the people who sexualize it.

This is not meant to be a formal definition of Gardevoir like most terms we define on Dictionary.com, but is rather an informal word summary that hopefully touches upon the key aspects of the meaning and usage of Gardevoir that will help our users expand their word mastery.