Who is Glen Coco?

Glen Coco is a minor character from the 2004 high school comedy film Mean Girls known for his random popularity.

Where does Glen Coco come from? 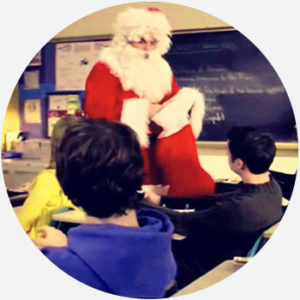 In Mean Girls, students send their peers “Candy Cane-grams” in school during Christmas as gifts and as symbols of their popularity. In one scene, the character Damien (Daniel Franzese), dressed as Santa Claus, makes a show of giving out candy canes to students presumably less popular than one of the titular mean girls.

When he arrives at a nondescript student named Glen Coco (David Reale), he announces: “Four for you, Glen Coco! You go, Glen Coco!” The fact that Glen Coco receives four candy canes—and a supposedly popular “mean girl” gets none—suggests a lot of people like him. While Glen Coco otherwise plays no part in the plot, the character is fondly remembered for the scene.

Meme Generator
My work is selling Valentine's candy grams. I hope I get a million of them. #idontsendthem #ijustgetthem #glencoco
@nicole_ehmu, February 2017
SEE MORE EXAMPLES

Thanks to the charming randomness of the character in the film, Glen Coco, and Damien’s line “You go, Glen Coco,” is referenced in various memes and merchandise as a playful allusion for positive affirmation or unassuming self-confidence.

*Somebody does something remotely positive.

This is not meant to be a formal definition of Glen Coco like most terms we define on Dictionary.com, but is rather an informal word summary that hopefully touches upon the key aspects of the meaning and usage of Glen Coco that will help our users expand their word mastery.