Who are McSteamy and McDreamy?

Based on the nicknames for two characters from the TV show Grey’s Anatomy, McDreamy is a colloquial term for a handsome man who would make an ideal husband while a McSteamy is his sexy, lothario counterpart.

Where does McSteamy come from? 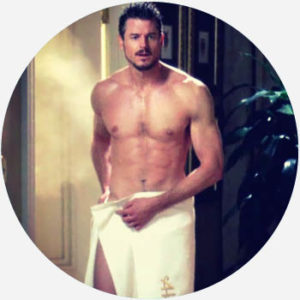 In the TV series Grey’s Anatomy (2005), one of the most popular characters is Dr. Derek Shepherd (Patrick Dempsey), a prominent love interest of series protagonist Dr. Meredith Grey.

On the show, Shepherd is often referred to by the nickname McDreamy due to his good looks and charm, making him a “dream man.”

Labeling people with the construction “Mc-X-y”” became a trend on the series, one other notable example being the character of Dr. Mark McSteamy Sloan (Eric Dane). Though McSteamy’s attractiveness was also a plot point, he was distinguished from McDreamy’s classic, clean-cut appearance due to his rugged manly edginess. The nicknames suggest that while McDreamy was the man one would marry, McSteamy was the sexy guy you would cheat on your spouse with—which, as it happens, is exactly what occurs on the show when the character of Addison has an affair with Dr. McSteamy.

Neither of the terms McDreamy or McSteamy seem to meaningfully predate Grey’s Anatomy, but McSteamy has since come to be a stand-in for the “bad boy” and McDreamy “Mr. Right.”

Don’t lose your McDreamy over a McSteamy.
@MasonC661, January 2018
Don’t want a Mcsteamy. Don’t want a Mcdreamy. I want a George O’Malley.
@nicolelily03, February 2018
Yes, sadly for all of us, BOTH McDreamy and McSteamy are gone, but it’s Derek Shepherd who will forever have my heart.
Johnni Macke. Hello Giggles. May 2016
SEE MORE EXAMPLES

When discussing attractive males, some men and women use the term McDreamy to refer to a responsible, caring, nice guy, whereas McSteamy would be the rebel who seduces one into a torrid love affair.

Both phrases are usually used by fans of Grey’s Anatomy who know the reference, often debating whether McDreamy or McSteamy would be the better catch.

The term McSteamy is also often used to refer specifically to actor Eric Dane, the real McSteamy himself. Dane says he doesn’t mind the nickname, though it’s now been years since he played the character. Though the same is also true to some extent, for Patrick “McDreamy” Dempsey, the actor is also recognized by his real name due his big roles in movies like Transformers: Dark of the Moon and Bridget Jones’s Baby. Eric Dane has largely stuck to TV since his McSteamy days.

This is not meant to be a formal definition of McSteamy like most terms we define on Dictionary.com, but is rather an informal word summary that hopefully touches upon the key aspects of the meaning and usage of McSteamy that will help our users expand their word mastery.