Who is Pyramid Head?

Pyramid Head is a fictional monster, who wears a triangular helmet and wields a giant knife, from the video game and film series Silent Hill.

Where does Pyramid Head come from? 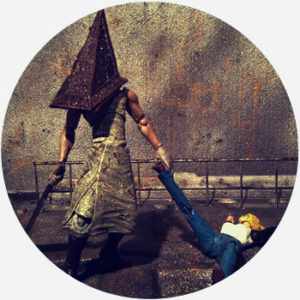 The name Pyramid Head derives from the monster’s strange head, which is pyramid-shaped, metallic, and rust-colored. The monster was developed by Japanese video game designer Masahiro Ito. A direct translation of the monster’s Japanese name, Sankaku Atama, is actually Triangle Head rather than Pyramid Head. 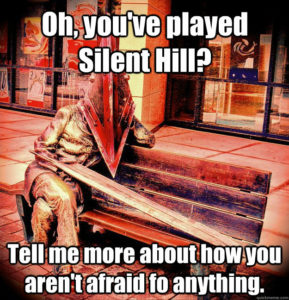 Pyramid Head made its first appearance in the survival horror game Silent Hill 2, originally released in 2001 on Playstation 2. The monster is infamous for its disturbing and violent acts in Silent Hill 2. In one bizarre scene, Pyramid Head is depicted sexually assaulting a pair of mannequins. As the game progresses, players face Pyramid Head in a series of deadly battles. The character is also said to serve as a psychological symbol of a guilt-driven death wish if you want to get all metaphysical about it.

Pyramid Head is one scary looking dude. The stuff of nightmares!
Brian Ashcraft, Kotaku, November, 2012
SILENT HILL SERIES they're classics I couldn't forget and also pyramid head is one of my earliest crushes in life ✨✨✨
@stardhux, February, 2018
I've never had a real taste for horror; never been that adrenaline junkie in pursuit of nightmarish monsters and gore. Most of that stuff makes me cringe. Why, then, do I love the Silent Hill series and Pyramid Head? Like the scary movies I do enjoy, there's a well-developed, surprising story there. The series has its own deep mythology, and Pyramid Head represents some of its more imaginative symbolism.
Christina González, The Escapist, August, 2007
SEE MORE EXAMPLES

Pyramid Head is known by several names, including Red Pyramid Thing and Triangle Head. The monster is revered within video-game fandom as deeply disturbing. He’s considered an iconic mascot for the Silent Hill series, having appeared in several video game and film installments since 2001.

As the character often lurks in fog in the Silent Hill franchise, people sometimes reference Pyramid Head when posting or commenting on videos of foggy days. 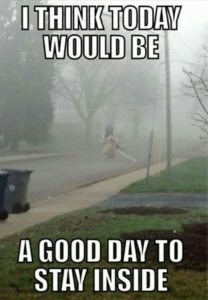 Despite being a horrific and violent monster, many fans feel affectionate toward the monster and find Pyramid Head endearing, featuring the character in fan fiction and art and dressing up as him in cosplay. He’s been heralded as one of the “50 Coolest Video Game Villains of All Time” by Complex Magazine and regularly appears on similar lists.

This is not meant to be a formal definition of Pyramid Head like most terms we define on Dictionary.com, but is rather an informal word summary that hopefully touches upon the key aspects of the meaning and usage of Pyramid Head that will help our users expand their word mastery.