Who is the Queen of Hearts?

The Queen of Hearts is a fictional character from Lewis Carroll’s Alice’s Adventures in Wonderland. Known for her cruelty and short temper, one of her most enduring lines from the book is, “Off with their heads!”

Where does Queen of Hearts come from? 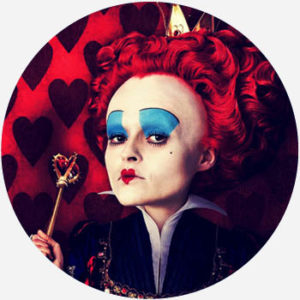 As Alice’s Adventures in Wonderland has endured in popularity and in film over time, so have the characters from the novel. The Queen of Hearts has inspired Halloween costumes, fanfiction, and spin-off books. To varying humorous and patronizing effect, people sometimes refer to a furious woman as a Queen of Hearts.

Examples of Queen of Hearts

Ridin' around town blue and leather /Walking them streets like the queen of hearts /Laughing at nothin' be alone together /Where your night ends, ours starts.
Lana Del Rey, “Baby Blue Love,” 2010
And she proved she is the real queen of hearts. @deepikapadukone becomes the most talked about from Padmaavat Star Cast.
@dp1stday1stshow, January, 2018
Whereas men are commonly recognized as having the financial advantage in a marital breakup (a situation that divorce law, undoubtedly the strangest branch of contract law in existence, has sought to remedy with a system of arbitrary, untethered, cruel, and unusual punishments and rewards worthy of the Queen of Hearts), then on the familial, emotional level—that place where the children keep living as the parents fight it out—the advantage is firmly held by the women.
Christopher Cahill, The Atlantic, May, 2009
SEE MORE EXAMPLES

Who uses Queen of Hearts?

The Queen of Hearts is usually referenced as a nod to her bloodthirsty slogan, “Off with their heads!” For instance, former presidential aide John Ehrlichman reportedly called President Richard Nixon the Queen of Hearts because he gave harsh orders he didn’t intend to follow through with as a way to vent his frustrations.

The Queen of Hearts is sometimes confused with the Red Queen from Through the Looking Glass, the sequel to Alice’s Adventures in Wonderland, though they are different characters.

Queen of hearts is sometimes used as a term of endearment for Bollywood actresses, as in, an actress who has stolen hearts by being kind and beautiful. This meaning is unrelated to the Lewis Carroll character, as is the nickname Queen of Hearts for Princess Diana.

This is not meant to be a formal definition of Queen of Hearts like most terms we define on Dictionary.com, but is rather an informal word summary that hopefully touches upon the key aspects of the meaning and usage of Queen of Hearts that will help our users expand their word mastery.