Feedback
Slytherin
The Most Interesting...

Snuffleupagus is a beloved puppet character on the children’s TV show Sesame Street who resembles a furry brown elephant with prominent eyelashes.

Where does Snuffleupagus come from? 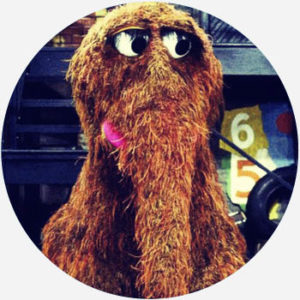 Mr. Aloysius Snuffleupagus, a Muppet often referred to simply as Snuffleupagus or Snuffy, first appeared on Sesame Street in November, 1971. He resembles a shaggy brown elephant or mammoth without tusks and unusually long eyelashes. The character is so large that two puppeteers were required to portray him. Despite his size, Snuffleupagus is shy and sensitive, but also gentle and kind. He has been compared to Eeyore from Winnie-the-Pooh in personality. His fanciful name apparently draws on snuffle (for his trunk) and elaborate-seeming dinosaur or animal names (e.g., diplodocus, hippopotamus).

At first, only Big Bird saw or interacted with Snuffleupagus. Due to a mix of timidity and bad timing, he slipped away whenever adult characters were around, leading them to doubt his existence. This was inspired by the notion of children’s imaginary friends. Martin Robinson, who became the voice and one of the puppeteers of Snuffleupagus, however, has said that he never considered the character to be imaginary.

As of 2018, Snuffleupagus still regularly appears on Sesame Street.

I'm "Big Bird is the only one who can see Snuffleupagus" years old.
@DrCephalopod, March, 2018
I love false lashes and I have seen some beautiful lash extensions. But I’ve also peeped some sloppy, matted, Snuffleupagus looking joints. 👀
@MaliceSweet, March, 2018
I think of it as the Snuffleupagus question: Is the conservative belief in free-market healthcare a fantasy? Or will it eventually be shown to be real, like the Sesame Street character whose existence was wrongly doubted for years?
David Leonhardt, New York Times, January, 2017
SEE MORE EXAMPLES

Snuffleupagus is frequently misspelled as Snuffulupagus (which even appeared on creator Jim Henson Company’s website) or Snuffaluffagus, with corresponding pronunciation.

An object or event whose reality is dubious may be compared to Snuffleupagus. A person who is large or hairy or has long eyelashes may also be compared to the character. The delineation between the time when only Big Bird could see Snuffleupagus and others began to see him can be also invoked to demonstrate a generational gap, at least in discussions of the long-running Sesame Street.

This is not meant to be a formal definition of Snuffleupagus like most terms we define on Dictionary.com, but is rather an informal word summary that hopefully touches upon the key aspects of the meaning and usage of Snuffleupagus that will help our users expand their word mastery.