What does Triforce mean?

The Triforce is a sacred relic in the Legend of Zelda games composed of three golden triangles arranged into one, bigger triangle. In online forums, the ability to create Triforce on a computer can be used as a status signal.

Where does Triforce come from? 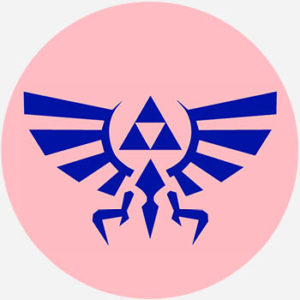 The Legend of Zelda is a series of fantasy video games first released by 1986. They star a green-suited hero named Link who must rescue Princess Zelda and save the kingdom of Hyrule. Throughout the series, there is a sacred relic known as the Triforce, depicted as three golden triangles stacked into a triangle themselves. The Triforce is the creation of the three Golden Goddesses, and can grant the wish of anyone who touches it.

The inspiration for the Triforce existed long before Zelda. In the 12th and 13th centuries, the Hojo clan, powerful family that dominated Japanese politics at the time, used a similar-looking symbol called Mitsuuroko, or “three scales,” and it is still a popular symbol used throughout Japan today. In the Zelda games, the Japanese name of the Triforce is “Toraifosu,” which means “three powers” and is a Japanese rendering of the English name.

Online, a Triforce image has to be specially made using special computer characters, but such that simply copying and pasting the resulting Triforce representation triangles will destroy the formatting, making for a lopsided triangle—a tell-tale sign of a novice to more experience Zelda fans. On 4chan, such fans would pick on Triforce “botchers” with the common derogatory refrain: newfags can’t Triforce.

“If I don't follow you, it's because you can't triforce.”
@trutherbotgray Twitter (March 18, 2017)
“One example status signal in /b/ is the classic barrier for newcomers called ‘triforcing.’ Triforcing means leaving a post using Unicode to mimic the three-triangle icon of popular video game The Legend of Zelda.”
Michael S. Bernstein et al., “4chan and /b/b: An Analysis of Anonymity and Ephemerality in a Large Online Community,” (2011)
“Users nearly always engage in triforce threads, even knowing they are troll threads meant to rile new users, because doing so provides an opportunity to confirm one’s status in the community.”
Vyshali Manivannan, “Attaining the Ninth Square: Cybertextuality, Gamification, and Institutional Memory on 4chan,” Enculturation (October 10, 2012)
SEE MORE EXAMPLES

Making a proper Triforce using what are called ASCII characters takes some knowledge and skill. And so

the Triforce has become rite of initiation in certain web forums for new users. The Triforce has also become a cult-favorite meme, with images and videos showing people or popular characters failing to Triforce. On 4chan, displaying the Triforce can act like an ID badge, meant to symbolize one’s privileged, senior status within the community while alienating new members. This behavior, called Triforcing, can make the Triforce a barrier that prevents newcomers from joining the community.

The Triforce, especially prevalent in online forums the early 2010s, has survived as something of an inside joke, with social media users jokingly using it as a litmus test for whether they should even associate with someone.

Triforce is sometimes generalized as a verb for “artfully maneuver,” and the inability to Triforce is humorously ascribed to other groups perceived as incompetent, “Neoliberals can’t triforce” or “North Korea can’t triforce.”

This is not meant to be a formal definition of Triforce like most terms we define on Dictionary.com, but is rather an informal word summary that hopefully touches upon the key aspects of the meaning and usage of Triforce that will help our users expand their word mastery.