Who are the Zerg?

The Zerg are an insectoid alien race in the StarCraft games who achieve victory in battle through the use of overwhelming numbers. When used to describe a real person, a Zerg is someone who employs this same tactic, and zerging is the act of doing so.

Where does Zerg come from? 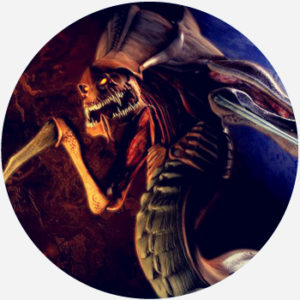 StarCraft is a series of real-time strategy video games developed by Blizzard Entertainment in 1998. Starcraft depicts a science-fiction war between multiple alien races trying to colonize the same sector. The primary antagonistic race is the Zerg, insectoid aliens who follow a collective consciousness known as the Overmind. In battle, while an individual Zerg is weaker than an individual of any other species, the Zerg as a collective are able to mobilize massive numbers of units in a short time. As a result, a Zerg attack can quickly overwhelm more skilled and stronger races through sheer numbers alone; for a comparison, think of any person who has ever poked at a beehive.

The enormous popularity of StarCraft has led to Zerg becoming a well-known term beyond StarCraft; in some games, players use zerging as compensation for a lower skill level instead of taking the time to learn and execute more difficult strategies. This is similar to button mashing, a fighting-game term, where an unskilled player mashes buttons rapidly instead of learning specific combos. Both zerging and button mashing tend to anger veteran players.

In the years since StarCraft’s release, the notion of a Zerg has expanded to included gamers who, usually against a game’s rules, create multiple accounts for the sake of ganging up on another player. In this instance, the cheating player would be considered a Zerg.

“We stopped caring about what we're doing and started zerging instead.”
@AboveUp Twitter (February 20, 2017)
“Tycho: Another incredible victory against the Zerg. Gabe: Yeah, against one Zerg! Let’s bump up the difficulty, at least. Tycho: We have a good thing going here. Gabe: We have never lost.”
Mike Krahulik, Jerry Holkins, “The Armageddon Doctrine,” Penny Arcade (August 4, 2010)
“Since then, the use has expanded. In some multi-player games, 'zerging' has come to refer to a gamer who, often against the game's rules, creates multiple accounts to get an unfair advantage over other players.”
Doug Gross, “'Zerg rush' chews up Google search results,” CNN (April 27, 2012)
SEE MORE EXAMPLES

The word Zerg is mostly used by gamers, as opposed to the prevalence of the similar expression Zerg rush, which has become more mainstream. However, these terms are subtly different. While using superior numbers to gain advantage on an individual is a Zerg rush, a gamer who employs this tactic is a Zerg.

Similarly, while a Zerg rush is often brought up for humorous reasons and is the source of memes, being referred to as a Zerg is seen as an insult, since Zergs are considered to be low-skilled, unwilling to learn better strategies, or simply lazy.

This is not meant to be a formal definition of Zerg like most terms we define on Dictionary.com, but is rather an informal word summary that hopefully touches upon the key aspects of the meaning and usage of Zerg that will help our users expand their word mastery.