What does Kama Sutra mean?

The Kama Sutra is an ancient Indian book variously concerning courtship, marriage, and love-making, popularly referenced for its sexual positions.

Where does Kama Sutra come from? 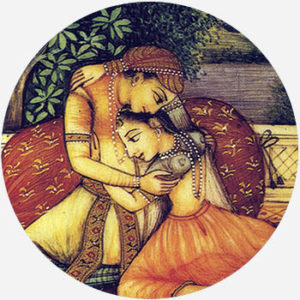 The Kama Sutra was written in ancient Sanskrit in India, dated to 400 BCE–200 CE and attributed to an Indian philosopher, Vatsyayana.

The Kama Sutra was first translated into English in 1883, typically credited to the British polymath Richard Burton—an original copy of which fetched over £11,000 at auction in 2012.

While initially somewhat obscure, the Kama Sutra gained attention in the early 20th century in academic disciplines, including psychology, ethnology, and medicine. Later in the 1900s, perhaps as boosted by increasing interest in Indian thought and practice in the 1960s, the Kama Sutra began developing a more popular reputation for the exotic-seeming sexual positions the text describes in one portion. For instance, the 1977 novel The Kama Sutra Tango featured dance routines based on the Kama Sutra‘s positions. 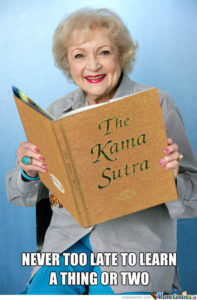 In 1995, Anglo-Indian author Indra Sinha published a new English translation of the Kama Sutra, the first English translation since Burton’s which further spread awareness and interest of the work in the West—though popular attention continued to remain on its sexual positions as opposed to its discussions of love and relationships.

In her 2016 book on the Kama Sutra, scholar Wendy Doniger attempted to shift the focus of the Kama Sutra back to the historic sophistication of the text and the insights it offers on Indian culture, politics, religion, and romance at the time. It didn’t work ….

“You gotta invent a new Kama sutra to have sex in a small car” -jr
@Salvadorboiii, May, 2018
University of Evansville herpetologist Noah Gordon calls the new discovery a very “nontraditional” mating position...“It creates a new chapter in the frog Kama Sutra,” he says.
Carrie Arnold, National Geographic, June, 2016
The Kama Sutra was also a guide for pleasure and refined living. It describes in vivid detail the life styles of cultured men and fashionable women, as also numerous social and artistic skills considered a part of elegant living. These ranged from music and gastronomy to books and sports, wit and repartee, and add to the work’s value as a record of its times.
Aditya Haksar, HuffPost, March, 2012
SEE MORE EXAMPLES

Despite the efforts of Doniger, many think the Kama Sutra is a kind of illustrated manual for sex positions, overlooking its sections on romantic love, marriage, and living.

In colloquial speech and writing, people may reference the Kama Sutra as a shorthand for intricate, kinky sexual intercourse that achieves untold pleasure or enlightenment as well as for sex that requires physical contortion or extortion. Scholars, meanwhile, discuss the Kama Sutra in the context of Sanskrit literature and ancient Indian culture.

Many works of popular media highlight the work as a way to “spice up things in the bedroom.” Cosmopolitan, for example published the Cosmo Kama Sutra in 2005. 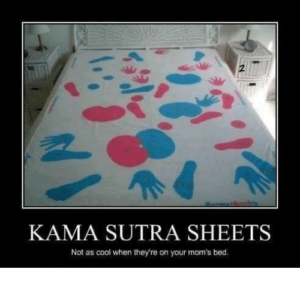 This is not meant to be a formal definition of Kama Sutra like most terms we define on Dictionary.com, but is rather an informal word summary that hopefully touches upon the key aspects of the meaning and usage of Kama Sutra that will help our users expand their word mastery.