What does queer mean?

While queer has historically meant “strange” or “odd,” the word is more often used as a slur against—but also since reclaimed as a self-identifier—for non-heterosexual or non-cisgender people.

Where does queer come from? 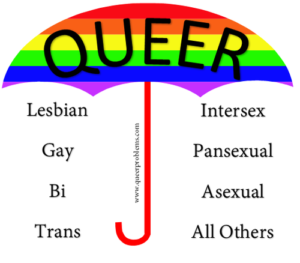 Queer is recorded in Scottish in the 16th century, when it meant “strange” or “eccentric,” possibly related to the German quer (“perverse” or “odd”).

At least by the late 1800s, queer was deployed as a derogatory term for an effeminate or gay men. One example comes from a letter written in 1894 from the Marquess of Queensberry to his son, Lord Alfred Douglas, in which he insults Lord Roseberry, the presumed lover of his late son Francis, as a “snob queer.” The Marquess’s homophobia ultimately led to the prosecution and imprisonment of Oscar Wilde, as well. 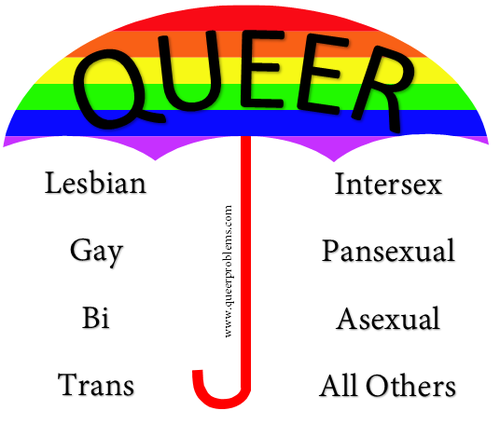 Early on, queer was being used as a modifier as well, seen in a 1914 Los Angeles Times article that described a club as where “the ‘queer’ people have a good time.”

In the late 1980s, writers, scholars, and activists in the LGBT community began advocating for a re-appropriation of the word queer. In 1990, this effort focused on queer as a collective term for gay and lesbian people. Queer was seen as a way to refer to gays and lesbians without being gender-essentialist or causing divisions within the community. The queer movement was especially focused on rejecting the so-called assimilationist stances of many white folks in the gay community, criticized for their desire to be fully included in mainstream institutions like the army and marriage.

Later in the 1990s, those not only with alternative sexual orientations but also alternative gender orientations began to refer to themselves as genderqueer. GenderPAC founder Riki Anne Wilchins defined the term in a transgender newsletter in spring 1995: “It’s about all of us who are genderqueer: diesel dykes and stone butches, leatherqueens and radical fairies, nelly fags, crossdressers, intersexed, transsexuals…and those of us whose gender expressions are so complex they haven’t even been named yet.”

Young queer people need mentors. Mentors who will send you a side message and say, “you need to delete that tweet, baby. Wyd? Let’s talk about this.”
@iAmJCotti, July 2018
The video depicts a relationship between two queer women, and eventually, the destruction of said relationship. The couple has a funeral of sorts for their time together.
Elana Rubin, Out, July 2018 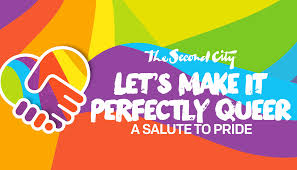 The term queer to refer to non-cishet people has spread since the 1990s—reaffirming if used as a self-identifier among queer people but extremely offensive if used against them. 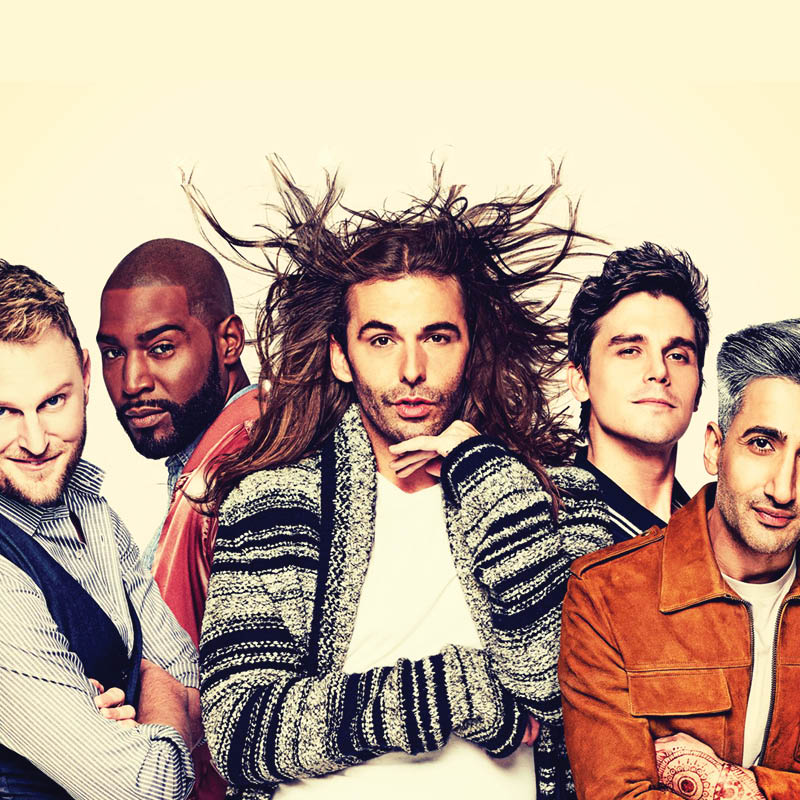 In 1991, Queer Theory—a subset of gender and culture studies—made its academic debut. In 1999, the TV show Queer as Folk aired in the UK and portrayed the everyday life of gay men—the American version was a hit across the pond the following year. In 2003, Queer Eye for the Straight Guy, a reality TV show where gay men give straight men a makeover, became a huge hit too. It was even rebooted in 2018 on Netflix as Queer Eye.

For some in the LGBT community, queer is still offensive because some people still use queer as an anti-gay or anti-trans slur. For an example of how queer gets used in a derogatory sense (illustrating why using queer as a slur is so hurtful), look no further than the schoolyard game Smear the Queer, a variation of dodgeball where one student is the queer who gets “stoned” with balls.

The fraught history of the term queer to insult non-cishet people can cause controversy even when organizations are trying to be inclusive of LGBTQ identities. For example, a man in his 60s applying for a job at Colorado College in 2013 filed a formal complaint with the state when the application gave him the option to mark his gender identity as queer—something that reminded him of being evicted and losing his job for being gay.

The Q in LGBTQ (lesbian, gay, bisexual, transgender) is taken to stand for queer but also questioning. The debate continues, although both interpretations are generally accepted.

In the UK, queer is still used in some situations to mean “strange” or “odd” without any relation to sexual or gender identity, particularly in the expression “don’t be queer,” or “don’t act strange.” A Brit might get some sour looks using language like that in the US, though.

This is not meant to be a formal definition of queer like most terms we define on Dictionary.com, but is rather an informal word summary that hopefully touches upon the key aspects of the meaning and usage of queer that will help our users expand their word mastery.