What is the British Open?

The British Open is a major annual golf tournament held by the Royal and Ancient Golf Club in St. Andrews, Scotland.

The British Open is one of the major tournaments of the PGA Tour, along with the US Open, the Masters, and the PGA Championship. It is considered one of the most prestigious golf competitions.

It is a 72-hole tournament and is played on a rotation of courses, with the location changing from year to year. It mainly features professional golfers but is also open to amateurs who qualify.

⚡️When is the British Open?

The British Open usually starts on the third Thursday in July and lasts for four days.

Where does British Open come from? 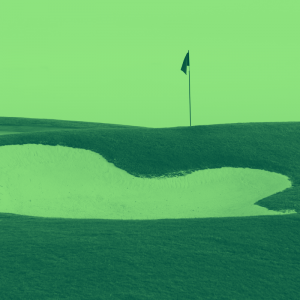 The tournament that became known as the British Open was first held in 1860 in Prestwick, Scotland, with eight golfers competing. The following year, the tournament was opened to international competitors. The event was also opened to amateur golfers, which is why Open is used in its name. It originated as a 36-hole tournament but was changed to a 72-hole tournament in 1892.

The winner of the British Open is famously awarded a trophy known as the Claret Jug (officially called the Golf Champion Trophy), which is in the shape of a drinking vessel used to serve claret, a type of French red wine. Traditionally, the winner takes a drink from the jug. The winner’s name is engraved on the jug, which they get to keep until the next tournament, when they are given a replica of the trophy.

#PGAChampionship lost a pair of major champions from the field next week. Padraig Harrington & Francesco Molinari have withdrawn. Harrington = two-time British Open champion, PGA champion & Europe's Ryder Cup captain. Molinari won the British Open two years ago at Carnoustie
@KDPomp, July 30, 2020
I'm not a big golf fan, but the playoffs for the British Open were terrific television.
@KingsThings, July 20, 2015
When the winner inevitably kisses the Claret Jug**, will he be celebrating triumph in the Open Championship or the British Open? For the time being, please note the lowercase “t” and lack of stress on “the” in the previous reference to the Open Championship.
Michael Corcoran, Golf.com, July 15, 2019
SEE MORE EXAMPLES

What are other words used in discussion of the British Open?

This is not meant to be a formal definition of British Open like most terms we define on Dictionary.com, but is rather an informal word summary that hopefully touches upon the key aspects of the meaning and usage of British Open that will help our users expand their word mastery.