What is Loving Day?

Loving Day is a yearly observance of the anniversary of the day in 1967 when the US Supreme Court ruled that laws banning interracial marriage (marriage between people considered to be of different races) were unconstitutional and illegal.

The Supreme Court case that the day commemorates was called Loving v. Virginia. It was brought by Mildred and Peter Loving, an interracial couple who were arrested in Virginia in 1958 for violating the state’s law against interracial marriage.

When is Loving Day?

Loving Day is celebrated every year on June 12—the anniversary of the day the Supreme Court rendered a decision in Loving v. Virginia in 1967.

Where does Loving Day come from? 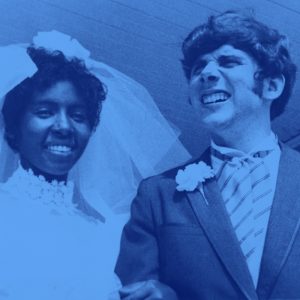 Prior to 1967, it was illegal in Virginia for people considered to be of different races to marry—or leave the state to marry and then return, which is what the Lovings  did in 1958. Mildred, who identified as Black and Native American, and Peter, who was white, were both arrested in their home. They were able to avoid a one-year prison sentence under the condition that they leave the state and not return together for 25 years.

The Lovings moved to Washington, DC, and enlisted legal help for their case, which was eventually brought before the Supreme Court. In Loving v. Virginia, the Supreme Court ruled unanimously against Virginia’s interracial marriage ban and additionally declared that all state laws banning interracial marriage were unconstitutional (and therefore illegal) due to violating the Fourteenth Amendment.

The establishment of Loving Day is credited to designer Ken Tanabe. It was first observed in 2004. Recognition of the day and publicity surrounding it have grown since then.

Shout out to my parents, who met in 1976, 9 years after Loving vs Virginia, and were together until my father's passing in 2013. #LovingDay pic.twitter.com/ZucFPFkVOI

Thank you for standing your ground, Mildred and Richard. 💕💕 #LovingDay #LovingDay2020
@Mekialaya, June 13, 2020
More than 30 years after the Loving v. Virginia decision, designer Ken Tanabe learned of the monumental ruling while in graduate school at Parsons School of Design. He said he was intrigued by the case because of his own interracial heritage and made it the subject of his graduate thesis project. That project grew into Loving Day, a holiday Tanabe said is celebrated around the country and the world.
N'dea Yancey-Bragg, USA Today, June 10, 2020

Those who observe Loving Day often do so by celebrating interracial relationships and discussing the history and state of civil rights.

Happy belated #LovingDay everyone! 53 years ago, our relationship would have been illegal… and while we've grown as a society beyond that, there's still so much work left to be done! We cannot stop the fight now, we must continue pushing forward for a better future! 💖🖤🤍🤎💖 pic.twitter.com/AQq273VnMr

In honor of #LovingDay, a photo of my beautiful parents. pic.twitter.com/GnlzpSOtmQ

Happy #LovingDay, June 12th! This is my awesome cousin, his beautiful wife and me two years ago. It BLOWS MY MIND that until June 12th 1967, their wedding would have been illegal. But on that day, the US Supreme court banned laws against interracial marriage. 🙏❤🙏🏾 pic.twitter.com/tP4prXXyrg

This is not meant to be a formal definition of Loving Day like most terms we define on Dictionary.com, but is rather an informal word summary that hopefully touches upon the key aspects of the meaning and usage of Loving Day that will help our users expand their word mastery.