or Masters Tournament or The Masters [ mas-terz ]

What is the Masters?

The Masters, formally known as The Masters Tournament, is a major professional golf tournament held at Augusta National Golf Course in Augusta, Georgia. It is considered one of the most prestigious events in golf.

It is one of the four tournaments of the Professional Golfers’ Association (PGA) that are considered major tournaments, along with the US Open, the Open Championship, and the PGA Championship.

The winner of the Masters is famously awarded a green jacket.

The Masters is sometimes referred to as A Tradition Unlike Any Other, a tagline that’s credited to sportscaster Jim Nantz and is trademarked by August National Golf Club.

It is a 72-hole tournament. Many golf fans associate the Masters with the dramatic moments that often happen on the stretch of the course nicknamed Amen Corner, from the 11th to the 13th hole (it technically consists of the second half of the 11th hole, the 12th hole, and the first half of the 13th hole).

The Masters typically begins on the Monday of the first full week in April.

Where does Masters come from? 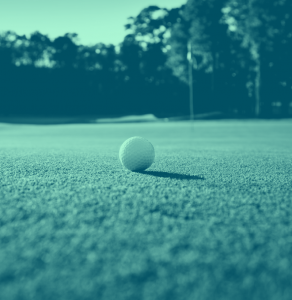 Augusta National Golf Course was founded in 1933 by golf champion Bobby Jones and business partner Clifford Roberts. To promote the course, they hosted a tournament that was then known as the Augusta National Invitation Tournament. The name was changed in 1939 to the Masters Tournament, which was proposed by Roberts and intended as a way to market it as a tournament for the masters of the sport. The tournament is still invitation-only.

Hey @NiallOfficial thanks for giving golf a big boost for the younger crowds this week. It was great having you on Live From the Masters.
@KellyTGolf, April 12, 2015
Tiger Woods shot in the 60s in consecutive rounds of a single Masters Tournament for the 1st time since 2005.
@ESPNStatsInfo, April 11, 2015
Johnson overcame a nervous start that conjured memories of past majors he failed to finish off, and then delivered a command performance that added his own touch to a Masters unlike another.
Doug Ferguson, Bloomberg, November 15, 2020
SEE MORE EXAMPLES

More information and context on the Masters

What are other words used in discussion of the Masters?

This is not meant to be a formal definition of Masters like most terms we define on Dictionary.com, but is rather an informal word summary that hopefully touches upon the key aspects of the meaning and usage of Masters that will help our users expand their word mastery.