What are the WNBA Finals?

The final round of the Women’s National Basketball Association (WNBA) playoffs is called the WNBA Finals. The winner of the WNBA Finals wins the WNBA championship.

The most valuable player in the series is named the WNBA Finals MVP.

Hit the court with the facts on the origins of your favorite WNBA team names here.

⚡️When are the WNBA Finals?

The WNBA Finals are usually played in October.

Where does WNBA Finals come from? 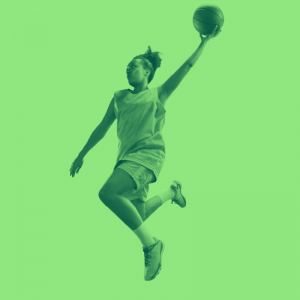 The championship held at the end of the WNBA’s inaugural season in 1997 was called the WNBA Championship (and it was a single game). The name was changed to the WNBA Finals in 2002. It was a best-of-three series from 1998–2004 and became a best-of-five series in 2005.

What an amazing WNBA Finals!!! These two teams were inspiring to watch! Definitely an added motivation to get there! #WNBAFinals #CongratsLA
@breannastewart, October 21, 2016
This WNBA Finals game is sooooo good!!!!
@CP3, October 2, 2017
The Seattle Storm started the 2020 WNBA Finals just like they ended their previous appearance in the championship series in 2018: with a dominant offensive performance.
Mechelle Voepel, ESPN, Oct 2, 2020
SEE MORE EXAMPLES

What are other words used in discussion of WNBA Finals?

This is not meant to be a formal definition of WNBA Finals like most terms we define on Dictionary.com, but is rather an informal word summary that hopefully touches upon the key aspects of the meaning and usage of WNBA Finals that will help our users expand their word mastery.