What does 🎃 Jack-O'-Lantern emoji mean?

The Jack-O’-Lantern emoji 🎃 depicts a carved pumpkin with the green stem and classic jagged smile.

Sometimes the emoji is used with spooky things in general, regardless of the time of year, and can stand in for pumpkin as food or a term of endearment.

Where does 🎃 Jack-O’-Lantern emoji come from? 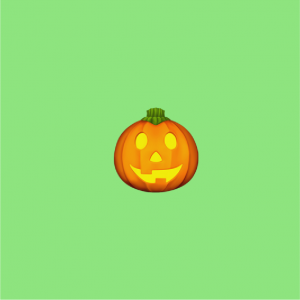 The Jack-O’-Lantern emoji 🎃—also known as the Pumpkin emoji—first carved its way onto keyboards under Unicode 6.0 in 2010 and quickly became a staple of Halloween and autumn emoji-dom.

Some versions of the emoji feature a black face, as if unlit, but platforms such as Apple or WhatsApp use a jack-o’-lantern that appears to be illuminated from the inside with a yellow glow. All feature a classic, jagged-mouth smile, hinting at a mischievous but merry night to come. 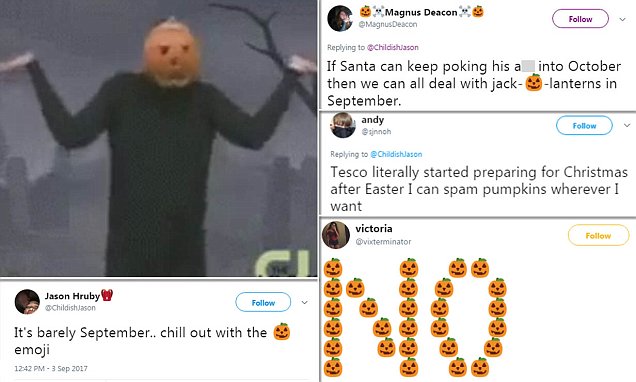 #HALLOWEEN
@SatokoMiyakawa, October 30, 2017
Wake up & smell the pumpkins! 🎃 Fall Fest is from 10 a.m. to 3 p.m. w/ music, a pumpkin patch, food, games, a petting zoo & more! #TAMUSA
@TAMUSanAntonio, October 21, 2017
The thing is, the pumpkin is by far the largest defining icon of fall. Only problem? We don't have a regular pumpkin emoji. We just have the one Jack-O-Lantern emoji, which conveys a much spookier, aggressive version of fall than those of us early tastemakers are probably trying to convey.
Emma Lora, Bustle, September 7, 2017
SEE MORE EXAMPLES

Jack-O’-Lantern emoji 🎃 is most popular around Halloween, used to adorn conversations about trick-or-treating, costume parties, festive decorations, and the holiday’s many movies:

Feeling like I already need to think about my Halloween costume 🧛🏻‍♀️🎃

Our fall decorations are up for Pumpkin Beer Fest 🎃 We’re hyped for the weekend 🎉 pic.twitter.com/KWObXNUpVc

Can’t wait for October. Cool weather and leaves changing. Disney playing Halloweentown, Hocus Pocus, Twitches, and all the other great movies we grew up with. Best month of the year🍂🕸🎃

The emoji also embraces the entire season of autumn, from its football games to the annual return of knee-high boots.

Why am I so ready for it to be fall and wear fall makeup , fall outfits, and have pumpkin spice latte everyday ??! 🎃☕️🧡🍃🍁

Thanks to its Halloween association, the Jack-O’-Lantern emoji 🎃 sometimes stands in for spooky-scary things more generally. But, the jack-o’-lantern’s face is friendlier than it is frightful, so sometimes the emoji doubles for the term of endearment “pumpkin” …

… and literal pumpkins, too, as farmers and cooks don’t have gourds and squashes on their keyboards.