What does large adult sons mean?

Large adult sons is a meme about fictional grown men who cause trouble for their father but are still beloved by him. The phrase has been applied to real people, especially in politics and sports.

Where does large adult sons come from? 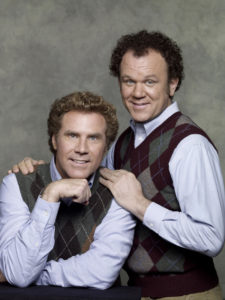 According to The New Yorker, in 2012, Twitter user @MuscularSon began posting bizarre but funny posts as a fictional father dealing with the wacky high jinks of his “enormous nerd sons.” (@MuscularSon’s account has since been deleted.)

The premise of a small father getting tormented by his overgrown, trouble-making, fumbling man-children proved to be a viral combo. The meme was quickly spread by other Twitter accounts specializing in off-kilter, absurdist comedy.

please pray for my sons Thursten and Gorse who have just glued themselves to a curtain,

In 2015, after percolating across social media platforms, these humorous references to giant sons led to the official meme wording: “large adult sons.”

my favorite thing in the world is that Mike Huckabee literally has large adult sons pic.twitter.com/aqhuwJ74Z3

As some people online felt Huckabee’s sons were the perfect, real-life embodiment of the fictional online joke, the photo helped establish large adults sons as a viral internet meme.

Me and my large adult sons are #UpForWhatever pic.twitter.com/EGxrUACm58

Although Huckabee didn’t win his bid for president in 2016, another man with two notorious sons did: Donald Trump, father of Eric and Donald Jr. His victory only managed to strengthen the meme.

I'm all for feminism and inclusive naming but if Trump hands his business over to his kids they should rename it Large Adult Sons Inc. 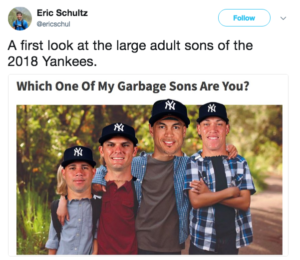 All these large adults sons continue to cause made-up trouble in absurdist jokes online, especially on Twitter.

my large adult sons have locked me out of the housse and are going through their gifts without me. i am calling the police thisnhas gone too far

Large adults sons has also become an affectionate phrase in the sports community for duos of bigger, beloved players.

This is not meant to be a formal definition of large adult sons like most terms we define on Dictionary.com, but is rather an informal word summary that hopefully touches upon the key aspects of the meaning and usage of large adult sons that will help our users expand their word mastery.