Feedback
Salt Bae
Shut up and take my ...

What does scary maze game mean?

Scary maze game is the title of a jump scare prank game. The game has reached memetic status, and videos based on player reactions to it have become popular.

Where does scary maze game come from? 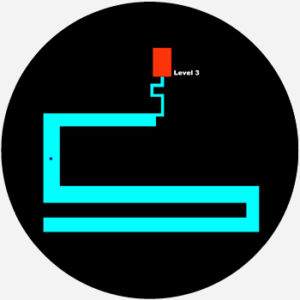 Game developer Jeremy Winterrowd is credited with creating the original scary maze game, which his website calls “The Maze,” in 2003. The flash-based computer game requires a player to navigate a multi-level maze without touching any of its walls, demanding intense concentration. Once the player completes Level 3, a picture of Regan McNeil (Linda Blair), the possessed girl from The Exorcist, suddenly, and terrifyingly, pops on their screen, accompanied by a loud scream.

Recording unsuspecting people playing scary maze games became a popular prank and meme in 2008 with a hit YouTube video showing a young boy playing the game, and getting duly, and to many, hilariously, frightened. This set off a wave of similar reaction videos, massively boosted later in August of that the year when then-Disney stars Miley Cyrus and Mandy Jiroux recorded their own scary maze game video. Saturday Night Live also parodied the meme in a 2010 video, and more reaction videos followed. One notable take, which achieved meme status all its own, featured a man who was shown the game while a friend hid under his desk. When the screamer was triggered and his friend attempted to scare him, the player hit his friend with a lamp, threw his printer out the window, and leapt out himself. This video attained its own memetic status and may also have helped intensify the popularity of the game. These videos may be referenced alongside the game itself.

The scary maze game is part of a genre of scare pranks called screamers or jump scares, tracing back to the 1990s. These, like scary maze game, are designed to look like still images, innocuous videos, or browser games. Once they’re clicked, played, or otherwise activated, a loud noise, usually a scream, sometimes accompanied by a scary image, is released to startle the viewer.

This is not meant to be a formal definition of scary maze game like most terms we define on Dictionary.com, but is rather an informal word summary that hopefully touches upon the key aspects of the meaning and usage of scary maze game that will help our users expand their word mastery.