Feedback
Shut up and take my ...
soi

What does snek mean?

Where does snek come from? 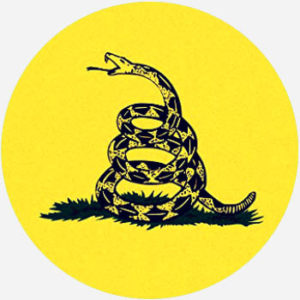 Snek appears as what seems to be genuine misspelling in the titles of several YouTube videos between 2009 and 2011. One, uploaded under the title “Baby.snek (1).3gp,” shows a baby playing with a King Cobra snake. Or, is it a snake playing with a baby? Either way, we don’t recommend it.

By 2012, snek was being used as an intentional misspelling in memes, part of a larger culture of deliberately silly-stupid misspellings and bad grammar seen in LOLcat (e.g., I can haz moar?), doge (such wow!), and DoggoLingo (smol) memes. One from that time showed a woman apparently trying to keep a huge snake from escaping. The captions, meant to be her inner monologue, ask the snek to “stahp,” or stop. 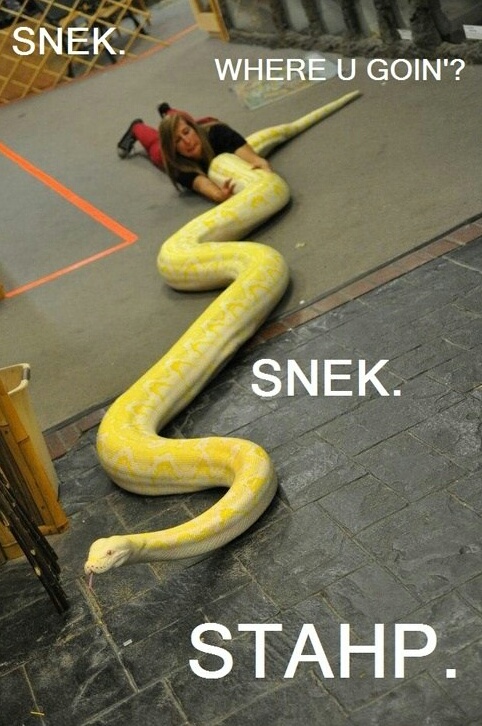 Another meme, which spread around 2014, matched an image of a woman holding a different large snake with a Facebook post that reads “this is snek.” Whether or not the poster used that spelling intentionally (or perhaps did their best to spell snake in their English dialect as a nonnative speaker), the post likely helped fuel the snek meme online. 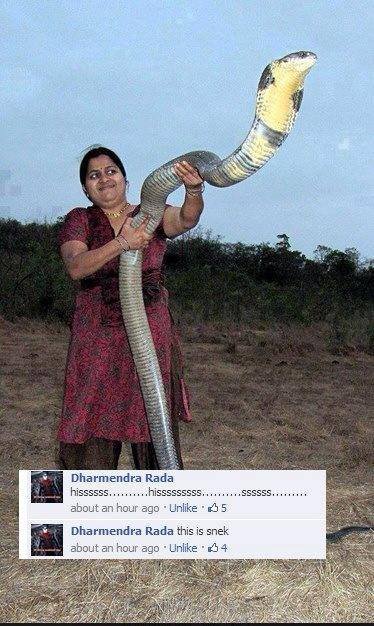 By 2016, The Daily Dot noticed that the sneks were speaking for themselves. Images of snakes were being captioned with cutesy internal monologues in a fashion similar to doge or doggo. Snek memes even share some language like boop or the use of heck in place of profanity in DoggoLingo. 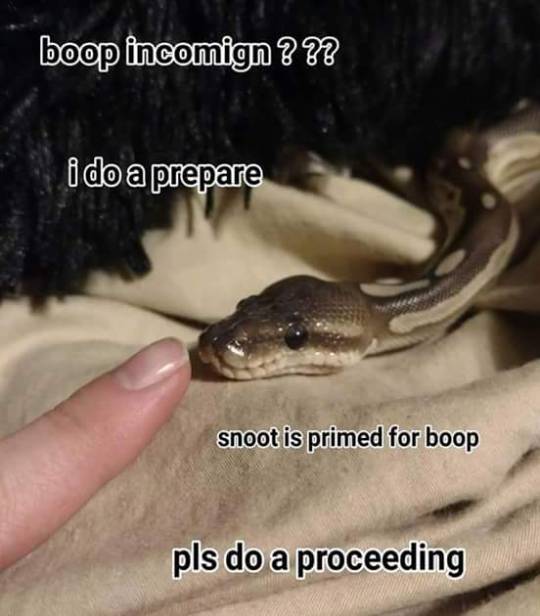 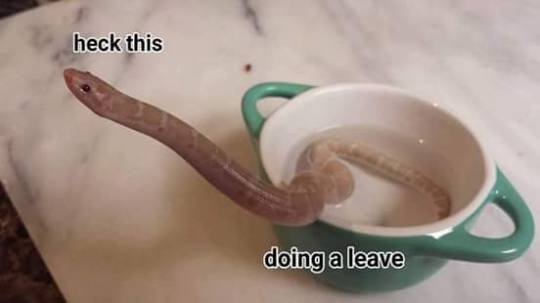 Sometimes the snek is depicted as cute and friendly, contrary to the popular opinion of snakes. 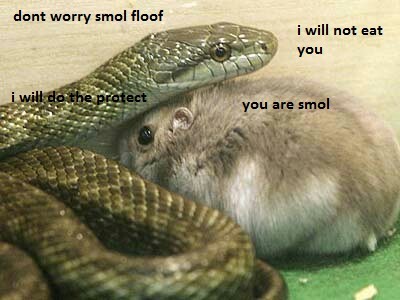 Sometimes the snek is visibly cute and is contrasted with a “tough guy” inner monologue. 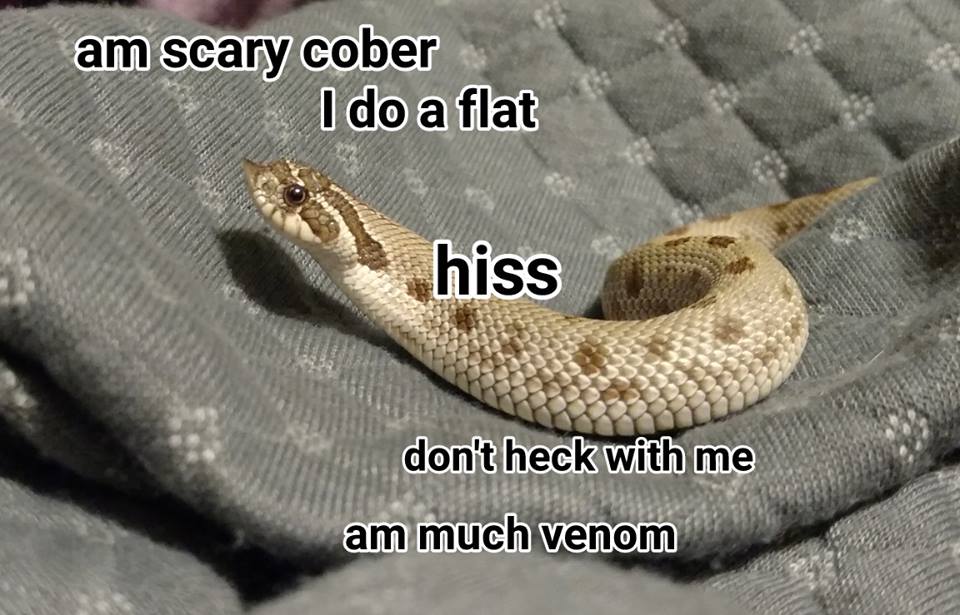 Either way, snek memes tend to challenge the idea that snakes are gross or don’t make good pets.

Hissss hissss. I am a snek
@ThisLifeIsPainn, June, 2018
“no step on snek” is blasphemous, I am not a literalist but clearly we are called to step on snek’s heads
@Nicole_Cliffe, June, 2018
Unless you want the pure, unadulterated wrath of Mum fury upon you, don’t piss off a Mum...A snake recently learnt this the phenomenally hard way on Queensland’s Sunshine Coast, when it tried to take a wee baby possum away for a little snack. Just a lil’ snek snak. Totally (not) harmless.
Courtney Fry, Pedstrian, May, 2018
SEE MORE EXAMPLES

Pet snake owners on Tumblr and Instagram use snek as a tag for pictures of their own pet snakes, whether captioned or not. The subreddit r/sneks also features pet owner pictures, with posts and comments sometimes written in snek meme style.

In 2016, artist Alex Cohen began to post a comic strip titled Tiny Snek Comics online. The comics, as you may have guessed, feature a cute, tiny snake. 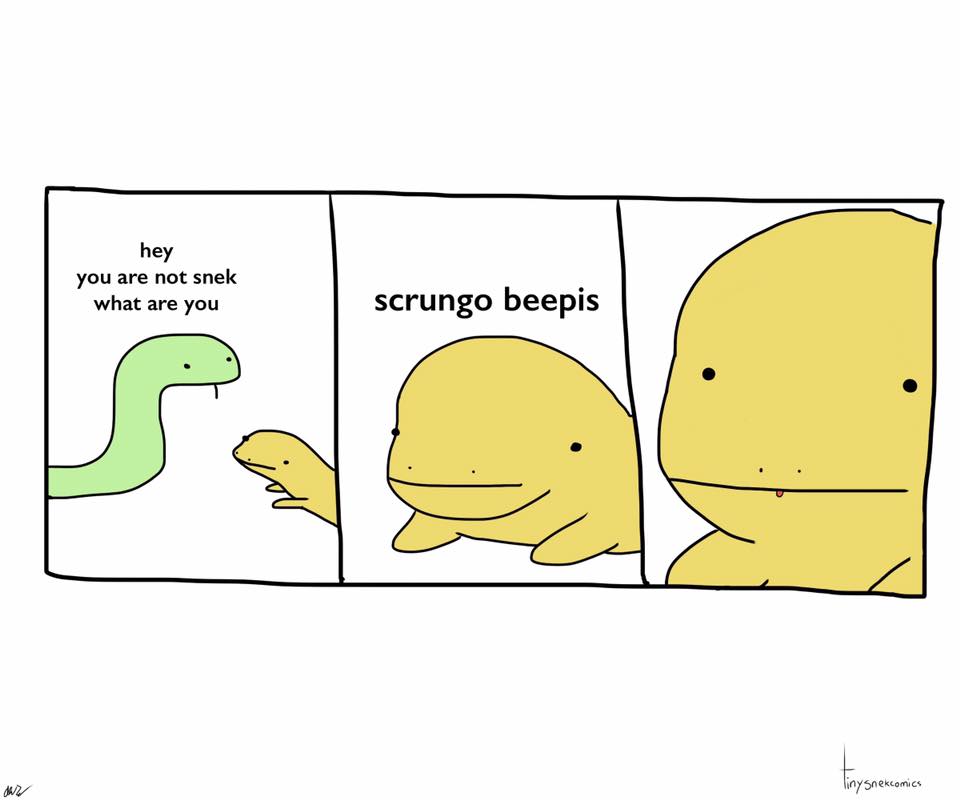 The characteristic language of snek memes has also been used to parody the Gadsden flag—that yellow banner with a rattlesnake and slogan Don’t Tread on Me originally flown during the American Revolution. The parody version shows a childishly drawn snake and the words “no step on snek.” The image has been turned into flags, patches, and, amusingly, a door mat. 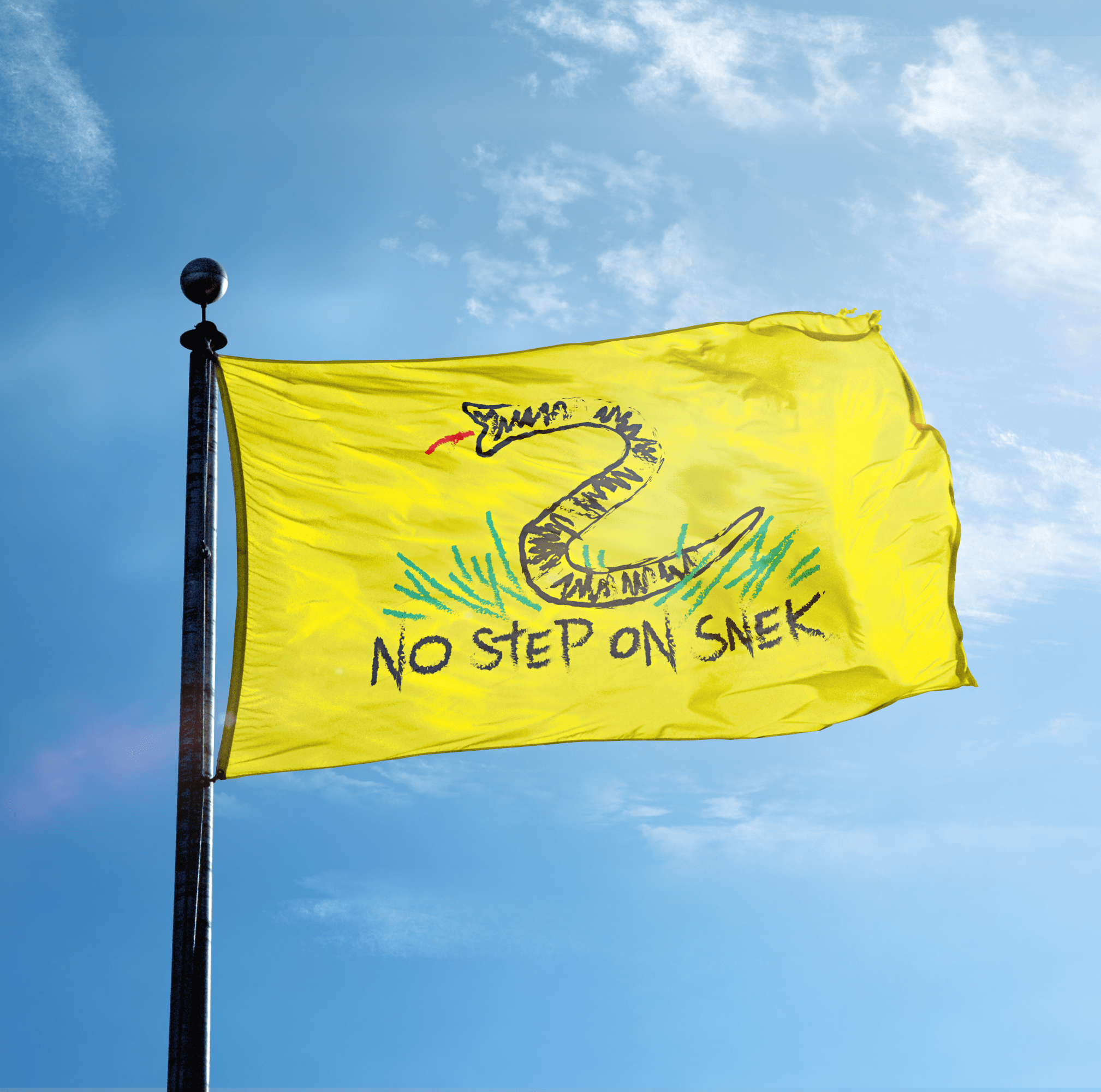 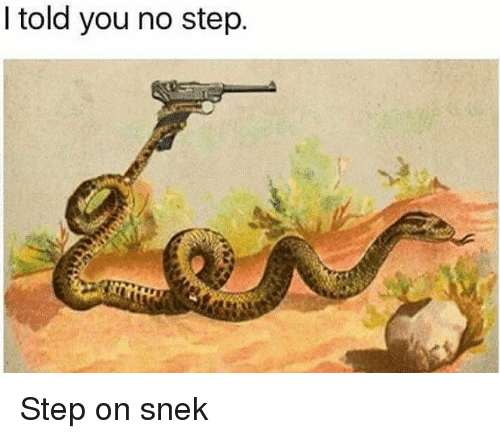 This is not meant to be a formal definition of snek like most terms we define on Dictionary.com, but is rather an informal word summary that hopefully touches upon the key aspects of the meaning and usage of snek that will help our users expand their word mastery.