When it comes to overused words, it may be of interest to you that interesting is right up there at the top of the well-worn confab crop. It’s not an inherently bad word, and there are times when it will do just fine, but far too frequently it’s a lazy linguistic choice.

First evidence of the word dates back to 1705–15. Its stem comes from the much older word interest, which appeared around 1225–75 and derives from the Latin word interesse, meaning “to concern, literally, to be between.”

Over time, its implied meaning has become nebulous, though. The first definition of the word is “engaging or exciting and holding the attention or curiosity,” and, in some cases, it works as such. For example, I find this book incredibly interesting. But it can also be used as a verbal cloak to imply something less positive without outright saying it. For example, someone might say, “His choice of outfit was interesting … to say the least.”

In most cases, there’s a better word out there to complete your thought. Here are some to consider the next time you’re about to proclaim someone or something interesting.

If something truly piques your interest, then riveting revs things up more than interesting. It’s defined as “absolutely fascinating; enthralling.” Think about it—would you rather the audience describe the speech you just gave as riveting or interesting?

If by interesting, you mean “unusual or unexpected,” then quirky may be a better choice. Quirk means “a peculiarity of action, behavior, or personality; mannerism.” For example, you may describe the person you went out with on a blind date as quirky, which paints a much different picture than if you describe them as interesting.

Another word that packs a bit more punch is provocative, which is defined as “tending or serving to provoke; inciting, stimulating, irritating, or vexing.” Provoke stems from the Latin word prōvocāre, meaning “to call forth, challenge, provoke.” It’s equivalent to the prefix prō- plus vocāre, meaning “to call.”

If someone recommends a movie saying it’s interesting, you may put it on your list. If they say it’s enthralling, however, you’re more likely to bump it to the top of said list. Defined as “holding the attention completely; fascinating; spellbinding,” the word stems from the verb enthrall, which dates back to 1570–80. It combines the prefix en- with the word thrall, which means “a person who is in bondage; slave.” As a verb, thrall is now archaic, but it meant “to put or hold in thralldom; enslave.”

It something piques your interest, you may say you find it alluring. Defined as “very attractive or tempting; enticing; seductive,” it says a whole lot more than interesting. It comes from the French word alurer, which is equivalent to a- plus lurer, meaning “to lure.”

A sexy substitute for interesting may be bewitching, which means “enchanting; charming; fascinating.” It’s the adjective form of the verb bewitch, meaning “to affect by witchcraft or magic; cast a spell over,” which stems from the Middle English word biwicchen.

Something may catch your interest because it’s peculiar.  That something may also be described with synonyms such as strange, queer, and odd, all of which paint a more vivid image. It stems from the Latin word pecūliāris, meaning “as one’s own.”

Would you rather your kids described their homework as interesting or fascinating? Okay, if we’re being honest, most of us would be thrilled if they used either word to describe homework, but you get the point. Interestingly enough, the word fascinate comes from the Latin word fascināre, which means “to bewitch, cast a spell on.” It’s a verbal derivative of fascinum, meaning “ evil spell, bewitchment.”

If what you really mean is that something is “of great or far-reaching importance or consequence,” then momentous may be your word. It conveys much more magnitude. An interesting event in history is one thing, but a momentous one is sure to be on the test.

It’s not the fanciest word, but saying someone or something is bad does make it clearer what you mean, as do lousy, crummy, unpalatable and other words people mean when they say interesting. Wouldn’t you rather have someone let you know that the restaurant they ate at (where they got food poisoning) was bad instead of interesting? While first evidence of the word can be found around 1200–1250, no one is sure of its exact origin. There’s some thought that it may be akin to the Old English word bæddel, meaning “hermaphrodite” or bædling meaning “womanish man”—neither of which, as we know today, are bad.

As we said, you don’t need to eliminate interesting from your vocabulary altogether. To keep things more interesting—i.e., compelling/engaging/impressive—however, the next time you go to use it, take a second to consider if there may be a better choice.

Speaking of common and overused, do you know what the 100 most common words in English are?

Some of the words probably will not shock you, but if any do, here’s a handy collection of ways to describe feeling speechless. 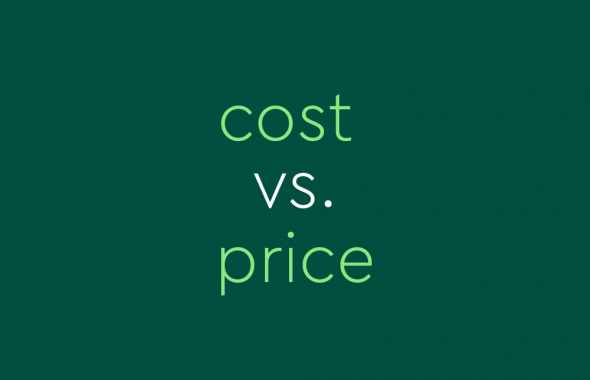