What does acorn mean?

ACORN is political slang for using deceptively obtained or fake evidence to damage a person’s or group’s reputation. A squirrelly enterprise, indeed.

Where does acorn come from? 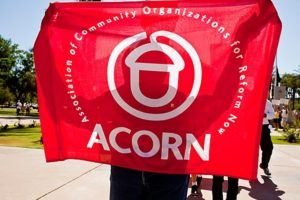 The slang ACORN comes from the Association of Community Organizations for Reform Now (ACORN), a non-profit helping low-income communities with such things as safety, health care, and voting.

In 2009, employees of ACORN were recorded giving advice on how to commit illegal acts by conservative activists James O’ Keefe and Hannah Giles. These recordings would eventually lead to public outrage and political action against ACORN. The bad press led to lost funding, and ACORN eventually shuttered in 2010. 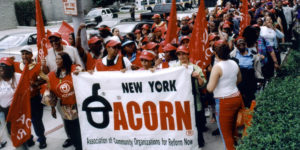 While O’Keefe and Giles succeeded in killing ACORN, the video footage that allegedly showed illegal activity by ACORN was filmed illicitly and was heavily edited. Further, O’Keefe was later sued by one of the fired ACORN employees for invasion of privacy; they settled out of court. Finally, it was found that the entire motivation of O’Keefe’s and Giles’s actions was political in motivation: to “take down” ACORN, seen as a liberal, Democrat-associated organization.

Not long after the fall of ACORN in 2010, similar dubious tactics would be used against Department of Agriculture employee Shirley Sherrod and Planned Parenthood, both highly unpopular with conservatives. Due to the timing, comparisons to ACORN were common. By early 2011, ACORN (styled acorn) was entered on Urban Dictionary as a term for altering videos in order to harm a person or organization, especially for political purposes.

Sherrod was ACORNed and the left fell for it again. #tcot #p2 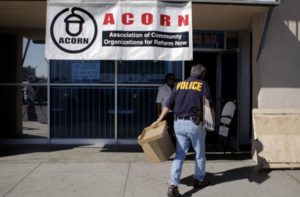 ACORN is still occasionally used as an extended, allusive term for any political smear-job and misinformation stings, not just in direct reference to the actual ACORN scandal. It’s typically used as a verb, e.g., to ACORN a group or get ACORNed.

so your SA exit strategy is to get ACORNed?

Now that truth is magically relevant for Schumer- how’s about a fair hearing for Franken? Or will they just Acorn it and the people of Minnesota!!!

Great. Instead of his votes in the Senate, instead of grilling the likes of Jeff Sessions in hearings, we can be entertained by his podcasts! Silvery glittering linings!

Look, believe the women, but investigate so we don't always get ACORNed. https://t.co/gqInVL7gqB

This is not meant to be a formal definition of acorn like most terms we define on Dictionary.com, but is rather an informal word summary that hopefully touches upon the key aspects of the meaning and usage of acorn that will help our users expand their word mastery.