What does democracy mean?

Democracy is a system of government where the citizens of a state exercise power to rule the state, either directly or through electing representatives.

Where does democracy come from? 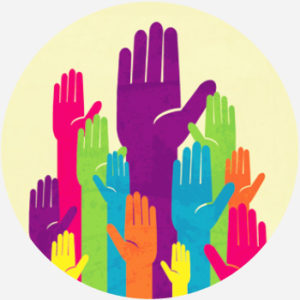 Democracy can refer to a system of government or to a particular state that employs this system. The word entered English around the 1570s, from the Middle French démocratie, but it originally comes, via Latin, from the ancient Greek demokratia, which literally means rule (“kratos”) by the people (“demos”). The Greek demokratia dates all the way back to the 5th century b.c., when it was used to describe the government in some city-states, notably Athens.

There are two kinds of democracy: direct and representative. Direct democracy is when the people are directly involved in governing the state. Representative democracy, which characterizes the US system, occurs when people elect representatives to ensure their interests in government. When we think of democracy today, we usually think of a representative one in which all or most people are able to participate. This concept didn’t originate until a very long time after democracy’s ancient roots.

In 507 b.c., Cleisthenes, the leader of Athens, introduced a series of reforms designed to allow the people to have a voice in ruling the city. It included three different political bodies: the governors, the council of representatives, and the courts. Only male citizens over the age of eighteen could vote, excluding those from outside the city, slaves, and all women. This system of government lasted until around the 400s b.c., when it began to waver, with conquests by neighbors gradually weakening it further. Athenian democracy was probably not the first example of democracy in the ancient world, but it is the best-known early version, and it is from here that we draw the word and its governmental philosophy.

Another well-known example of early democracy was the Roman Republic. Like Athens, it wasn’t what we would think of today as a full democracy. Again, only adult male citizens were eligible to participate. Italy continued the tradition in a few of its medieval city-based republics. Venice, and Florence particularly, had governmental systems that included political participation by the people, if in a limited way.

Democracy also found its way into monarchical European states through the concept of the parliament, which was a council that advised the monarch. For the most part, only those who already had power could participate in parliaments, though Sweden allowed peasants to participate in its council (the Riksdag) from the 15th century.

The Enlightenment in 17th and 18th centuries brought a greater questioning of established authority to mainstream philosophy and discourse. This trend had a strong impact on the fledgling United States, which, when it won its independence from Great Britain in 1781, set up a system of representative democracy to represent its people. France was also impacted by this model. The French Revolution in 1789 was an attempt to achieve democracy, though the country didn’t achieve it until the mid-1800s.

Democracy is also used for non-governmental organizational systems, such as a workplace democracy, which applies democratic principles in professional contexts. An advocate of democracy or democratic values is called a democrat, not to be confused with a member of the US Democratic party.

“When it comes to countering terrorism, refusing to allow our democracy and liberty to be undermined is just as important as discussing the immediate security situation.”
Brendan O’Neill, “This Suspension of Democracy Is a Grave Error,” Spiked (May 24, 2017)
“These experts see significant warning signs for American democracy, especially involving political rhetoric and the capacity of political institutions to check the executive. On average they estimate an 11 percent chance of democratic breakdown within four years.”
Michael K. Miller, “A new expert survey finds warning signs for the state of American democracy,” The Washington Post (May 23, 2017)
“Democracy is real to the extent to which power is diffused among the people. Concentration of power is the negation of democracy.”
V. M. Tarkunde, Radical Humanism: The Philosophy of Freedom and Democracy (1983)
SEE MORE EXAMPLES

This is not meant to be a formal definition of democracy like most terms we define on Dictionary.com, but is rather an informal word summary that hopefully touches upon the key aspects of the meaning and usage of democracy that will help our users expand their word mastery.