or GITMO OR GTMO or Guantanamo Bay [git-moh]

What does Gitmo mean?

Gitmo is a nickname for the Guantanamo Bay detention camp, a notorious US military prison located on a naval base along the Guantánamo Bay in Cuba.

Where does Gitmo come from? 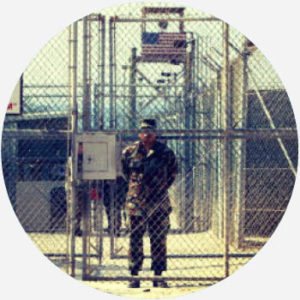 In military code, the area of Guantánamo Bay, Cuba is known as GTMO, evolving into Gitmo based on the common pronunciation of the abbreviation. The US military has maintained the Guantanamo Bay Naval Base there since 1898.

Gitmo specifically named the detention camp once President George W. Bush ordered its establishment in January, 2002 as a holding facility for al-Qaeda and Taliban-aligned terrorists captured during the so-called War on Terror after the 9/11 attacks.

Interest in the secretive Gitmo spiked in 2005 over the human and legal rights of prisoners held there. Illinois Senator Dick Durbin notably compared the American military wardens at Gitmo to Nazis and gulag operators on account of their interrogation tactics. These tactics were widely reported to include denial of food and drink and subjection to extreme temperatures, which violate the Geneva Convention rules for humane treatment of prisoners of war. Later accounts reported more forms of torture, including waterboarding, forcing prisoners to stand for long periods of time, making them go without clothing, disrespecting their holy texts, and subjecting them to months-long periods of isolation. Legal concerns centered on the indefinite detention of the captives without charge or trial.

Barack Obama pledged to close Gitmo as part of his 2008 presidential campaign, though this promise dogged his entire presidency due to resistance to detaining the prisoners on US soil.

Nearly 800 Muslim men have been detained in Gitmo over the prison’s history, with 41 remaining at the end of Obama’s presidency in January, 2018.

Obama, the Clintons and the Bushes are the most lethal criminals that this country and World has ever known. GITMO and executions! NOW!
@wehomitch, March, 2018
For reasons that, like most things at Guantanamo, are never made clear, journalists who come to Gitmo to cover a commission hearing are not allowed to also tour the camps.
Janet Reitman, Rolling Stone, December, 2015
Linda Sarsour was arrested outside of Speaker Ryan's office! She should be declared an Enemy of the State, stripped of her rights, and sent to GITMO! The woman is a Terrorist! JMO
@Lady_Vi_2U, March, 2018
SEE MORE EXAMPLES

Like Durbin in the past, high-ranking US political figures continue to use Gitmo as shorthand for the prison, including President Donald Trump, who has lambasted President Barack Obama for apparently releasing “122 vicious prisoners” from Gitmo. Gitmo is also widely used in domestic and international condemnation of the prison.

Because of Gitmo‘s notorious reputation, some people express their outrage at political figures in colloquial speech and writing by wishing they get sent to Gitmo. During the 2016 presidential campaign, for instance, some Trump supporters spoke and wrote online of sending Hillary Clinton to Gitmo.

Gitmo is also still referred to as GTMO or Guantanamo (Bay). These terms usually refer to the prison, though in some cases the naval base more generally.

This is not meant to be a formal definition of Gitmo like most terms we define on Dictionary.com, but is rather an informal word summary that hopefully touches upon the key aspects of the meaning and usage of Gitmo that will help our users expand their word mastery.