Where does Make America Great Again come from? 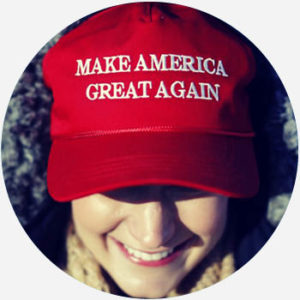 The first time the slogan was used in reference to Donald Trump was by his political advisor Roger Stone. Stone, who worked on Reagan’s campaign, tweeted in September, 2011: “Make America Great Again — TRUMP HUCKABEE 2012 #nomormons,” the hashtag knocking Mitt Romney, who became the Republican nominee for that election.

Trump used the slogan himself in December, 2011 when he made a statement about his presidential own bid: “I must leave all of my options open because, above all else, we must make America great again.” That month Trump also published a book, Time to Get Tough: Making America #1 Again, arguing why he is the one to lead the US back from its perceived declined.

On November 7, 2012, the day after Barack Obama won reelection, Trump decided he wanted to play a bigger role in the Republican Party. Brainstorming slogans, he first considered We Will Make America Great before deciding upon Make America Great Again, which he was able to trademark just ahead of his 2016 presidential campaign.

During the campaign, the Trump campaign sold bright red hats emblazoned with Make American Great Again in white letters. At rallies, his supporters chanted the slogan. On Twitter, his supporters took to the hashtag “#MAGA,” which has become so widespread that people will refer to Make American Great Again in its shorthand MAGA in speech and writing. 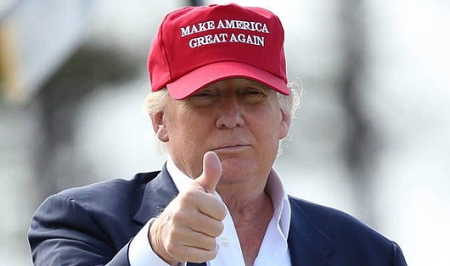 The MAGA hat and hashtag became, and remain, symbols of support for Trump—and very divisive ones. His opponent, Hilary Clinton, and Barack Obama denounced it for implying that the US wasn’t already great, devaluing hard-working Americans and its self-sacrificing soldiers.

Other political critics have noted that Trump’s vision for “great again” harkens back to the 1950s, when the US economy may have been booming but women and minorities were more marginalized. For their part, many Trump supporters hear in “great again” a return to an America brimming with blue-collar manufacturing jobs and being unconcerned about political correctness, among other things.

The slogan only continued to be controversial. In May, 2018, for instance, in the immediate wake of the deadly school shooting in Santa Fe, Texas, a gun- and flag-carrying Trump supporter walked past the school, telling reporters he was there to “Get to the school. Make America great again.”

The website www.greatagain.gov redirects to the Trump administration’s www.whitehouse.gov. In early 2017, Trump trademarked the phrase Keep America Great for his 2020 reelection campaign.

The MAGA Men Who Love Ultra-High-End Italian Suiting
Samuel Hine, GQ (headline), May, 2018
Remember, Trumpers. / The people you call "illegals", are the same people your orange god calls "hotel staff". / Tired of winning, yet?#MAGA #DrainTheSwamp
@JolieSaboteuse, May, 2018
Two years ago today I was the first Member of Congress to endorse @RealDonaldTrump for President of the United States. I continue to stand with our President and applaud his efforts to #MakeAmericaGreatAgain
@RepChrisCollins, February, 2018
SEE MORE EXAMPLES

Outside of its use to support, criticize, or discuss Donald Trump in political speech and writing, Make America Great Again has become a kind of verbal formula called a snowclone (i.e., Make X Great Again or Make American Y Again). The abbreviation MAGA has also inspired jokes and spin-offs, such as Morons Are Governing America, a commentary on the Trump administration.

On social media, “#MAGA” is both an icon for support of Trump and lightning rod for his criticism.