Everything After Z by Dictionary.com
Previous Word Radical Republicans
Next Word sleeper cell

What does reverse racism mean?

While reverse racism sounds like it could mean being nice to other races (i.e., the reverse of racism), it's actually just another version of good ol’ fashioned racism.

Reverse racism means the discrimination or prejudice against a racial or ethnic majority, usually, though, as imagined or perceived by white people. 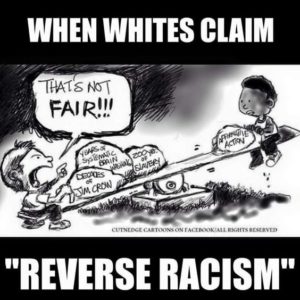 Where does reverse racism come from?

The idea of reverse racism stems as far back as the Reconstruction era. Following the US Civil War in the 1860s, discussions about how to proceed post-slavery created questions about black and white rights. When discussing whether to offer former slaves reparations, some white people were concerned that the advancement of black people would cause setbacks for them (e.g., retaliation). 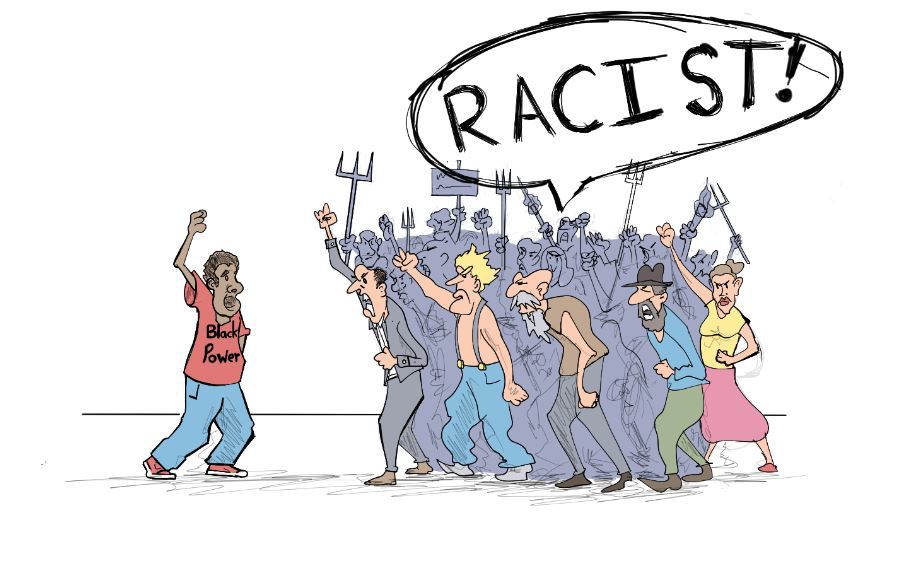 The specific phrase reverse racism, however, isn’t recorded until at least the 1950s. With the Civil Rights Movement fighting for the advancement of blacks, reverse racism became (and remains) a concern among many white Americans. Also known as black racism or anti-white racism, a number of white people have said affirmative action is the main culprit. They believed that racial quotas for minorities discriminated against whites, especially in 1978 when the US Supreme Court upheld the policy. Affirmative action, for instance, was started not to oppress white men but to address the under-representation of people of color in academia and the workforce. Universities and workplaces were seeking to match the diversity in their classrooms and cubicles with that of everyday life. 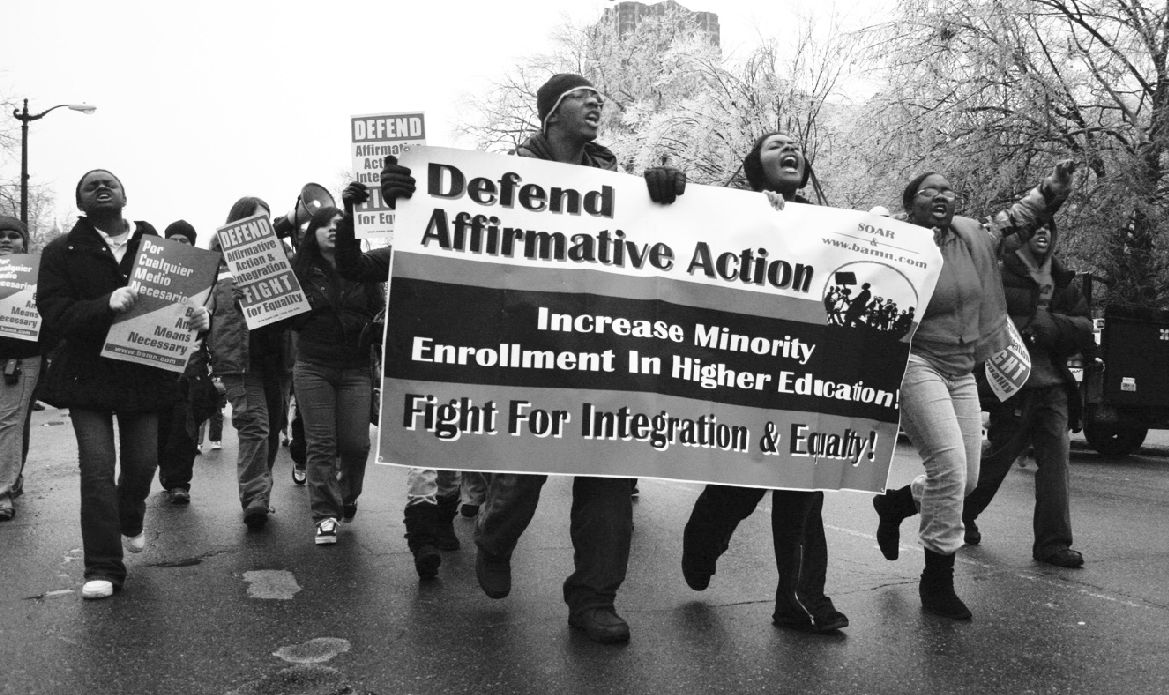 However, while individual prejudice and discrimination against majority groups exist, systemic reverse racism isn’t exactly a thing. Why, you might ask? An essential component of racism requires power—and in the US people of color largely lack the power to damage the interests of white people as a whole.

Still, some white men (about 30% of the US population in the 2010s) believe that reverse racism exists as minorities begin to gain fairer representation, sometimes when they believe a white person lost out on a job to a minority due to something like affirmative action. 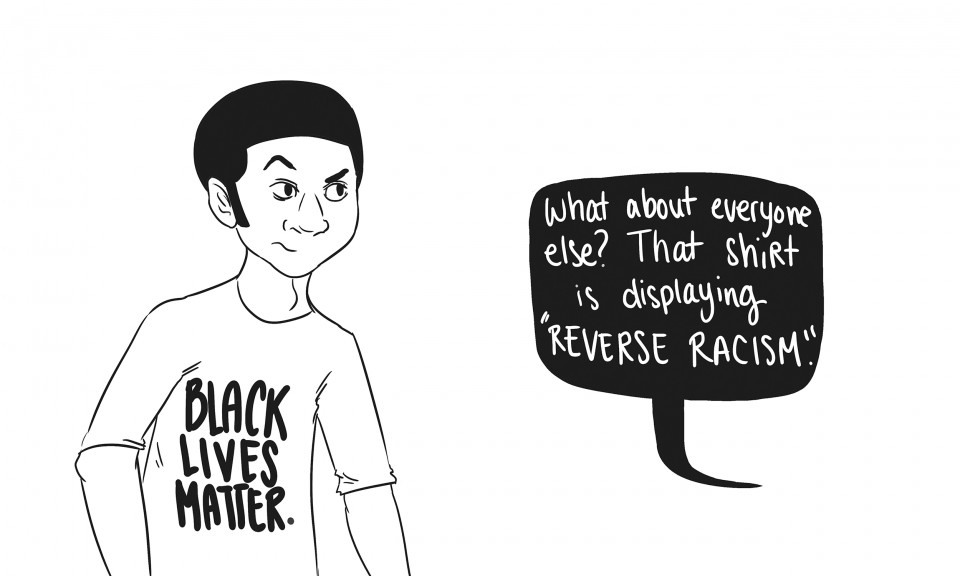 The Black Lives Matter movement and the rise of white supremacy around President Donald Trump have fueled charges of reverse racism in the mid-2010s. The slogan All Lives Matter, a criticism of Black Lives Matter (which focuses on police brutality against black people), is often seen as motivated by fears of reverse racism. In 2018, a year after a white nationalist killed a counter-protester at the Unite the Right rally in Charlottesville, Virginia, Trump tweeted condemnation of “all types of racism… Peace to ALL Americans.” The tweet was criticized as a dog whistle for reverse racism.

Some folks genuinely believe reverse racism is happening to white Americans. They claim reverse racism for a variety of scenarios whenever a white person is seemingly victimized. These scenarios range from being called a hurtful word like cracker to not getting into a certain college when a person of color did.

Reverse racism is REAL.
I was a victim of it in 1970's Detroit where whites in the minority like me were all called "peckerwoods"

affirmative action is reverse racism. I saw with my own eyes a student with a gpa a whole point lower get into a college over another kid. Only difference is one was a minority. Colleges on average will give a minority a whole point gpa difference. That is racism to the core.

Others claim that race shouldn’t be an issue anymore and that we now live in a colorblind society. They may use this belief to discount or support reverse racism.

You say black men are still going to jail. So are white men and brown men and yellow men. Get over yourself and your reverse racism bullshit

What happened to the goal of being #kind and #colorblind, instead of #hate and #divisiveness including reverse racism? It gets us no where smh.

Most often, though, reverse racism is used to call out the concept. This includes challenging peers to do better and exposing the underlying ignorance of the concept (e.g., equating affirmative action policies to the historic oppression of slavery and its long-running consequences).

The term “reverse racism” will forever make me laugh when white people accuse POC of it as it credits white people as the originators of racism. 🤣

To all the racists on the #GMB hastag this morning, reverse racism is not a thing but your ignorance is. Spend half an hour googling 'white privilege' instead of subjecting the world to your bile https://t.co/VghLYZXuU6

Sometimes, reverse racism is the butt of a joke. People may use it to make fun of the prime demographic that uses the term: middle-aged, conservative white people.

some 21 year old: I don't really like potato salad, thanks

This is not meant to be a formal definition of reverse racism like most terms we define on Dictionary.com, but is rather an informal word summary that hopefully touches upon the key aspects of the meaning and usage of reverse racism that will help our users expand their word mastery.