What does Trumpcare mean?

Trumpcare is the name applied to various healthcare plans proposed by President Donald Trump or by Republicans during his presidency.

Where does Trumpcare come from? 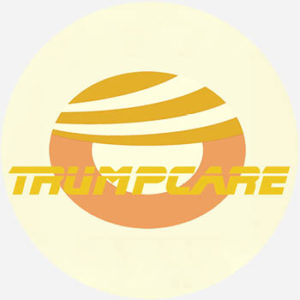 Prior to Trumpcare, several other government healthcare proposals have been mockingly nicknamed after the figure proposing them. In the 1990s, for instance, a healthcare plan Hillary Clinton advocated for was dubbed Hillarycare by its opponents.

In 2007, a writer for Healthcare Financial Management described candidate Barack Obama’s healthcare plan as Obamacare, specifically comparing it to Hillarycare. Other opponents of the plan adopted the name, eventually applying it to its official name, the Affordable Care Act, which became law in 2010. Obamacare, however, stuck as its popular name. Based on healthcare, the -care combining form is also shared with Medicare, signed into law by President Johnson in 1965. Republican opposition and frequent use of Obamacare helped make the -care suffix a negative construction though.

Enter the presidential primary campaign in 2015, when Louisiana Governor Bobby Jindal suggested that Donald Trump may pursue a policy of universal healthcare. Jindal referred to the hypothetical plan as TrumpCare, evoking the “specter” of Obamacare. Trump publicly announced his healthcare proposals in March, 2016. Vox called the proposal Trumpcare in an article that month. Around the same time, a pro-Ted Cruz political action committee released an ad called Trumpcare, criticizing Trump’s plan. In January, 2017, a Forbes article asked how Trumpcare would affect the stocks of healthcare companies. That same month, a Time article reported that Obama had suggested Democrats call any Republican healthcare plan Trumpcare. According to the article, Republicans in Congress had accepted that whatever plan they developed would come to bear the label.

In March, 2017, Republicans introduced the American Health Care Act in the House of Representatives. Democratic Senator Chuck Schumer began calling the bill Trumpcare immediately. Pundits referred to the bill as Trumpcare in their analyses. The bill went through several iterations, sometimes referred to as versions Trumpcare 3.0 or Trumpcare 5.0 in the press. The American Health Care Act passed in the House, but dramatically failed in the Senate, meaning no Trumpcare came into law. Republicans continued pursuing other plans to achieve their healthcare goals, usually centering on the elimination of the individual mandate (a tax penalty for individuals not carrying health insurance), cuts to Medicaid, and defunding Planned Parenthood. These efforts, as well as efforts to repeal Obamacare since Trump has taken office, have collectively become known as Trumpcare.

Laughter is the Best Medicine...which is good because that’s all you’re going to be able to afford on Trumpcare. #RuinAGetWellCard
@charley_ck14, April, 2018
Rather than tearing down Obamacare or rehashing Trumpcare, we should be asking the real question: How do we, as a nation, derive significantly more value for every health care dollar spent?
Jeff Margolis, Forbes, December, 2017
In a major, and perhaps fatal, blow to any version of Trumpcare, Senate parliamentarian Elizabeth MacDonough has excluded several key features of the latest bill to repeal and replace Obamacare as items that cannot be enacted under the filibuster-immune special-budget rules.
Ed Kilgore, New York, July, 2017
SEE MORE EXAMPLES

Among critics of the plans, Trumpcare is generally used pejoratively. In the popular press, Trumpcare is often used as a shortened name for healthcare plans proposed by Trump or by Republicans under his presidency.

Late night talk show host Jimmy Kimmel has notably criticized Republican healthcare proposals in his monologue. In November,2017, he suggested Trump supporters sign up for Trumpcare plans on healthcare.gov. No changes had been made to Obamacare, so Kimmel’s joke was exposing that many people are opposed to Obamacare not because of its policy, but sheerly because of its association with Barack Obama.

This is not meant to be a formal definition of Trumpcare like most terms we define on Dictionary.com, but is rather an informal word summary that hopefully touches upon the key aspects of the meaning and usage of Trumpcare that will help our users expand their word mastery.