On the social media app TikTok, #AccidentalMusic is an internet trend where users record and share videos (using that hashtag) of them making music out of sounds from everyday objects.

Where does #AccidentalMusic come from? 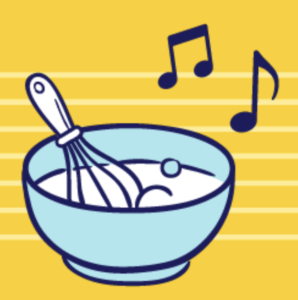 #AccidentalMusic is the name of a social media trend where users on TikTok make sounds out of everyday objects. The hashtag, which began in 2019, usually has users discovering how various, random objects make interesting music, hence accidental. Frequently, users set the sounds to popular songs.

The hashtag appeared in TikTok’s own trending section in early May 2019. It appears to be initially spurred by a video made by @ugly_scorpio. In the video (whose post doesn’t include the hashtag), the user raps the opening lines of Run-DMC’s 1987 song “It’s Tricky” (“This speech is my recital, I think it’s very vital”) using the clicking noise of her stove’s pilot light as the beat.

Surely someone has done this

Another popular video includes an opera singer belting notes to the tones of an electric toothbrush. Chopping vegetables, drinking glasses, squeaky sinks, computer sounds? Those can be make #AccidentalMusic, too!

As of July 2019, videos tagged #AccidentalMusic have earned nearly 180 million views on TikTok.

@alispagnola, TikTok, May 2019
What's that sound you hear? This week, people took a turn at musicality that can be found all around us with #AccidentalMusic. Everyday objects are being used to produce sounds by TikTok users using their creativity to build that noise into an ear-worm. ... TikTok shows that you never know when a banger is going to pop off.
TikTok, August 2019 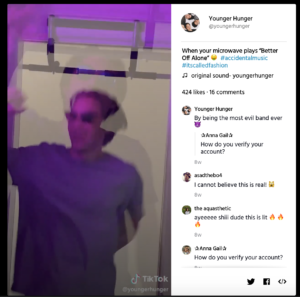 #AccidentalMusic is principally used on TikTok, though people may additionally use the hashtag when sharing TikTok videos on other platforms such as Twitter or Instagram.

This is not meant to be a formal definition of #AccidentalMusic like most terms we define on Dictionary.com, but is rather an informal word summary that hopefully touches upon the key aspects of the meaning and usage of #AccidentalMusic that will help our users expand their word mastery.