What does adultism mean?

Adultism refers to the bias or discrimination adults and social institutions demonstrate against young people on account of their youth.

Where does adultism come from? 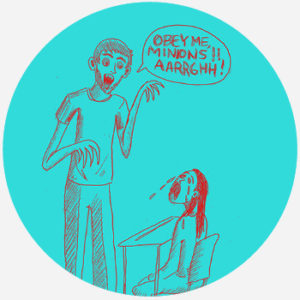 An early use of the word adultism was in 1903 by Patterson Du Bois in the book Fireside Child-study: The Art of Being Fair and Kind. Du Bois described adultism as a type of power that adults had over children by virtue of their adulthood and a domineering attitude adults show in this relationship, springing from the tendency to view children all in one way, the desire for authority, and a sense of social duty.

For some time in the early 20th century, adultism was occasionally used to describe a precociously mature attitude in a young person. A 1929 medical paper used adultism in this way for a case of two children who had developed adult-like mindsets despite growing up in traumatic circumstances.

In the 1970–80s, adultism began referring to discrimination against children, influenced especially by a 1978 article, “Adultism,” by psychologist Jack Flasher. As Dr. Brenda LeFrançois defined it for the Encyclopedia of Critical Psychology, “Adultism is understood as the oppression experienced by children and young people at the hands of adults and adult-produced/adult-tailored systems.” Examples of adultism, according to some social scientists, range from corporal punishment to inappropriate foster care placements to denying children the right to make their own medical decisions.

When you try to talk to your mom about adultism and shit hits the fan and she doesn't even understand that she's exemplify adultist behavior
@nnoragretss, May, 2017
That's not to say my views changed, I just don't want to suddenly become an adult who speaks for young people who are currently experiencing this crap because my views could become outdated to what the current youth are struggling with or distorted because I now benefit from adultism.
End Adultism, Facebook, December, 2016
Through the Incarnation, the Child in the Trinity is lifted up as important; the Adult in the Trinity moves to the background. This runs counter to the patriarchy and adultism inherent in our times.
Ryan Stollar, “God as Child,” Patheos, April, 2017
SEE MORE EXAMPLES

Someone who exhibits adultism against a youth is being adultist. Adultism can be considered a form of ageism, which is discrimination against a person based on their age, though not exclusively youth.

When people describe adultism, they may use terms such as adultarchy, adult supremacy, and adult privilege, modeled after words and concepts like patriarchy, white supremacy, and white privilege, respectively.

Adultism is also sometimes used as a humorous synonym for adulthood. It is also the name of a pornography website. Neither should be confused with the discriminatory sense in academic and public discourse.

This is not meant to be a formal definition of adultism like most terms we define on Dictionary.com, but is rather an informal word summary that hopefully touches upon the key aspects of the meaning and usage of adultism that will help our users expand their word mastery.